As per new CMR Insights on the go Survey findings from CyberMedia Research (CMR), over the course of the pandemic, the smartphone (in the sub-INR 7000 segment) has been a key enabler of human lives. In the pandemic year, Indians spend over 522 hours on online education, and over 738 hours on infotainment on their smartphones. In the sub-INR 7000 smartphone segment, consumers seek the best-in-class specs, and value for money offerings. itel has made rapid gains in the India smartphone market and is now a clear leader. itel leads the competition in this smartphone segment, in terms of current brand satisfaction, advocacy and future consideration. itel users are most satisfied with its product quality, price and value for money. itel has the highest NPS (60%) followed by realme (58%) and Xiaomi (54%).

Here are the key study highlights in the sub-INR 7,000 smartphone segment:

o In purchasing their next smartphone, consumers trust recommendation from loved ones (79%) as well as retailers (77%).

▪ 56% smartphone users have enrolled for new online education programs since the pandemic began.q

▪ 28% smartphone users spend around INR 1000 on infotainment per month. 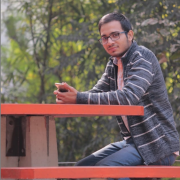 Infinix Rolls Out Infinix League 2.0 For Budding Gamers Where They Get a Chance to Win Big