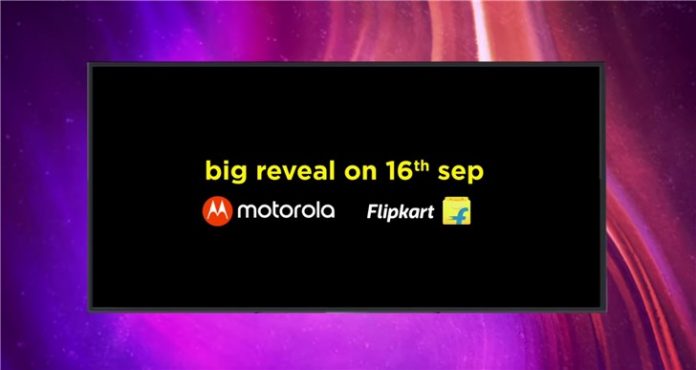 Motorola will release its first Smart TV alongside with the Motorola E6s smartphone in India on September on 16th September.

The Flipkart listing for Motorola E6s reaveals that it would come with a tiny teardrop notch at the top of the Vision HD+ display. Paired with 4GB RAM and 64 GB Storage. There would be a vertically-aligned dual-camera setup at the back with a 13MP primary sensor and a 2MP depth sensor.

According to previous reports, Motorola Smart TV will use the Android operating system, support DTS TruSurround, MEMC and Dolby Audio, built-in sound bar and so on.

Previously, the picture of Motorola smart TV was also exposed, but only a small part of the TV was shown. As you can see from the exposed image, there is a Motorola logo and a strip of speakers under the Motorola Smart TV. The upper screen border is narrower. In addition, there is currently no more information.

It is understood that the current smart TV market in India is very competitive, including Samsung, LG, Xiaomi, Vu, TCL and other companies, as well as the one plus brand that is about to enter the smart TV market.