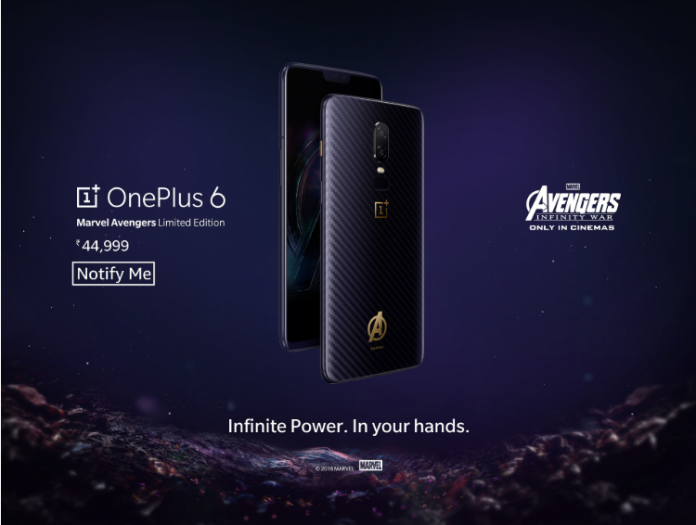 OnePlus has finally taken the wraps off its OnePlus 6 smartphone. The handset comes with some subtle design changes and a spec-bump as compared to the OnePlus 5T. Has a larger screen with a notch, better camera sensors, glass build and a powerful processor.

The OnePlus 6 Mirror Black and Midnight Black will go on sale in India on May 22, exclusively on Amazon India store. However, the Amazon Prime users can get hold of the phone a day earlier, which is on May 21. The third colour variant of the phone, Silk White will be available for buying in the country starting June 5. The OnePlus 6 will also be available on OnePlus India website as well as on OnePlus offline stores in select cities. The OnePlus 6 Avengers Infinity limited Edition with 8GB RAM and 256GB storage will go on sale in India via Amazon on May 29 and will be available for ₹ 44,999. 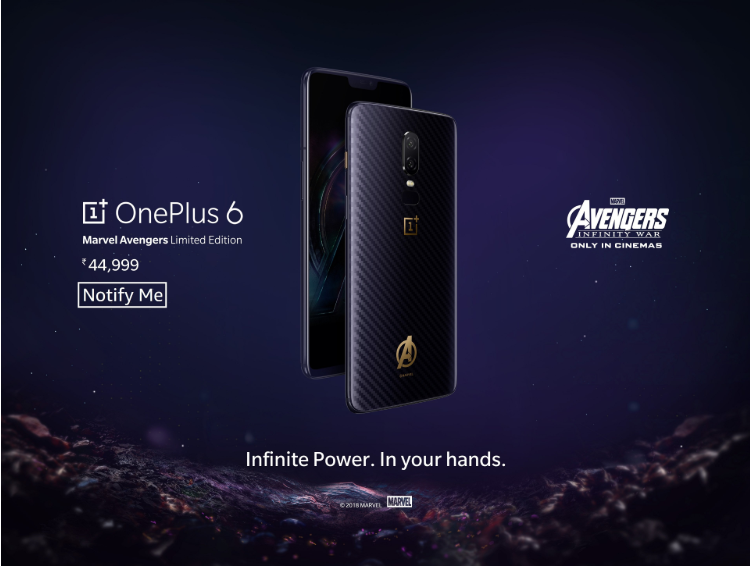 The OnePlus 6 has two forms of biometric security. First up is the rear-mounted fingerprint scanner, which is now a smaller oval shape, rather than the circle on its predecessor.
Secondly, face unlock is included, allowing you to unlock the phone hands free. OnePlus says face unlock takes 0.4 seconds to recognize you and allow you access to the handset, while the fingerprint scanner is quicker at 0.2 seconds.

The alert slider has moved to the right of the phone, above the power/lock key, with the SIM tray moving to the right, above the volume rocker. Both the front and the back of the OnePlus 6 is covered in Gorilla Glass 5 – a first for the firm’s flagship line of smartphones.

The OnePlus is backed by a 3300mAh Dash Charge-compatible battery, Face Unlock, and fingerprint sensor. Dimensions of the OnePlus 6 are rumoured at 155.7×75.4×7.8mm and it is said to weigh 177 grams. The Android 8.1 Oreo-based smartphone has the OxygenOS custom UI, and will get Android P Beta for users to sideload starting tonight.

The launch offers being provided by Amazon Include a ₹ 2,000 discount on purchases made using SBI credit and debit cards, no-cost EMIs for up to 3 months through all major banks, OnePlus is additionally giving all OnePlus 6 buyers complimentary 12-month accidental damage insurance by Servify, an Amazon Prime Video gift card worth ₹ 250, and discounts up to ₹ 500 for purchasing ebooks via Amazon Kindle. Idea subscribers picking up the OnePlus 6 will get a ₹ 2,000 worth of cashback and a dedicated device insurance. Besides, benefits up to ₹ 25,000 will be available on flight and hotel bookings from ClearTrip.