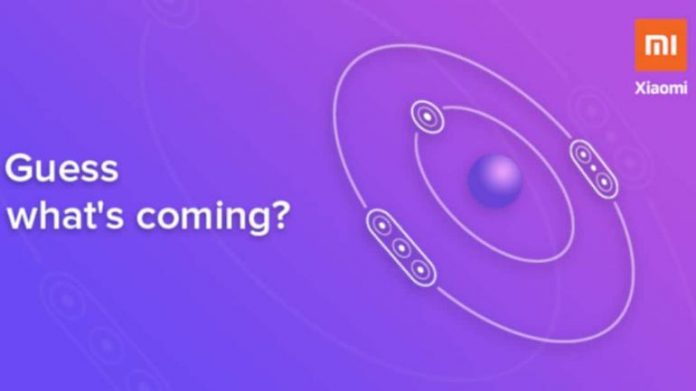 Xiaomi India issued a teaser allegedly the latest Xiaomi smartphone. The teaser features three mobile cameras. It is assumed that Xiaomi is talking about the Mi A3, which will use a three rear camera system. Maybe at this time, Xiaomi is preparing to launch two new Android One phones, Mi A3 and Mi A3 Lite.

This teaser is then followed by Xiaomi Manu Kumar Jain’s Global VP tweet which confirms that Xiaomi will have interesting announcements in the near future. In addition, the brand-new device, in India, will be available exclusively through Flipkart which is popular e-commerce in India.

Besides Mi A3, Xiaomi was called preparing the global launch of Mi 9 SE, mid-range phone that is equipped with three rear cameras.

Previously, Jain also revealed that Xiaomi’s latest cellphones will use Snapdragon 7xx processors. So it’s likely that the Mi A3 will be equipped with Snapdragon 710, 712 or 730 processors.

In addition, there is also Mishaal Rahman from XDA who claims that there is an Android One phone that will be launched with the code Bamboo_sprout and Cosmos_sprout. These two possible phones are Mi A3 and Mi A3 Lite. Rahman also mentioned that there are Pyxis coded cellphones which are MIUI versions of the two phones, and the three will use Snapdragon 7xx processors.

Rumours that have developed before called the Mi A3 will be equipped with three rear cameras, which consist of the main camera of 48 megapixels, a 13-megapixel ultra-wide camera, and an 8-megapixel telephoto lens.

The Mi 9 SE will be re-branded as Mi A3 as we have seen earlier. The Mi 9 SE comes with a 5.97-inch waterdrop-style S-AMOLED display that carries support for full HD+ resolution and 19.5:9 aspect ratio. The Snapdragon 712 chipset of the phone is supported by 6 GB of RAM. It is equipped with 48-megapixel + 13-megapixel + 8-megapixel triple rear-facing cameras and 20-megapixel selfie camera. It includes 3,070mAh battery with 18W fast charging. The smartphone comes in 64 GB and 128 GB storage choices. It features an in-screen fingerprint reader. The handset lacks support for 3.5mm audio jack and microSD card slot.