After almost a month of its launch in China, Huawei’ sub-brand Honor has launched its flagship Honor 8X in the Indian market. The phone was officially unveiled in New Delhi on Tuesday.

The smartphone is equipped with a 6.5-inch display with a resolution of Full HD + (2340 x 1080 pixels) and an aspect ratio of 19.5: 9. A dual main camera of 20 (f / 1.8)+ 2 megapixels with PDAF and a 16 (f / 2.0) megapixel front-facing fingerprint scanner on the rear panel. Cameras received functions based on an artificial intelligence system, up to 500 scenes are recognized for shooting. The smartphone supports GPU Turbo graphics acceleration technology and recognizes game scenes in real time. 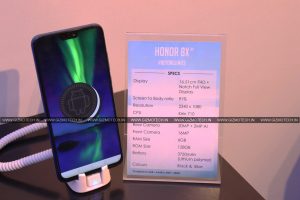 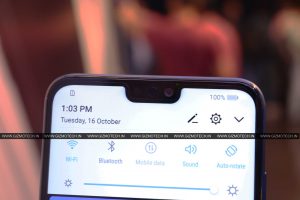 Android One-based Motorola One Power with 5000 mAh battery and Snadpdragon 625 launched at ₹ 15,999

The Witcher 3: Wild Hunt is Coming to PS5 and Xbox Series X