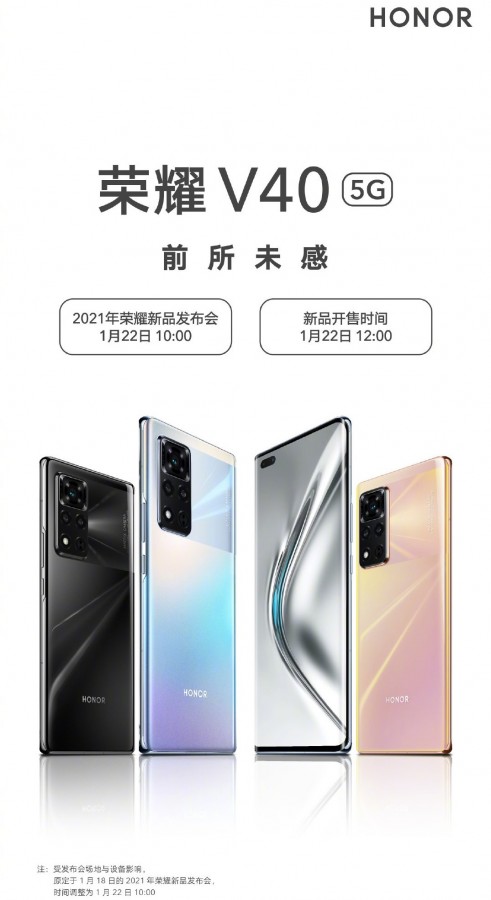 About two months after it was officially sold to a group of 30 dealers incorporated under Shenzhen Zhixin New Information Technology, the now-independent Honor brand is expected to announce the first smartphone the Honor V40.

The Honor V40 expected to come with a 6.72-inch display with an OLED panel and a refresh rate of 120 Hz. Under the hood, the V40 will run Media-Tek Dimensity 1000 Plus chipset, which comes with four powerful Cortex-A77 cores and four cost-effective Cortex-A55 cores along with Mali-G77 MC9 graphics core. It will come with 8 GB of memory and 128 GB of storage capacity.

With it, we will find the GPU Turbo X technology which is expected to be used as the device to accelerate performance in a variety of games.

The rear camera is expected to offer a 50-megapixel primary sensor, an 8-megapixel wide-angle secondary sensor and a pair of 2-megapixel sensors for faster focus and macro photography.