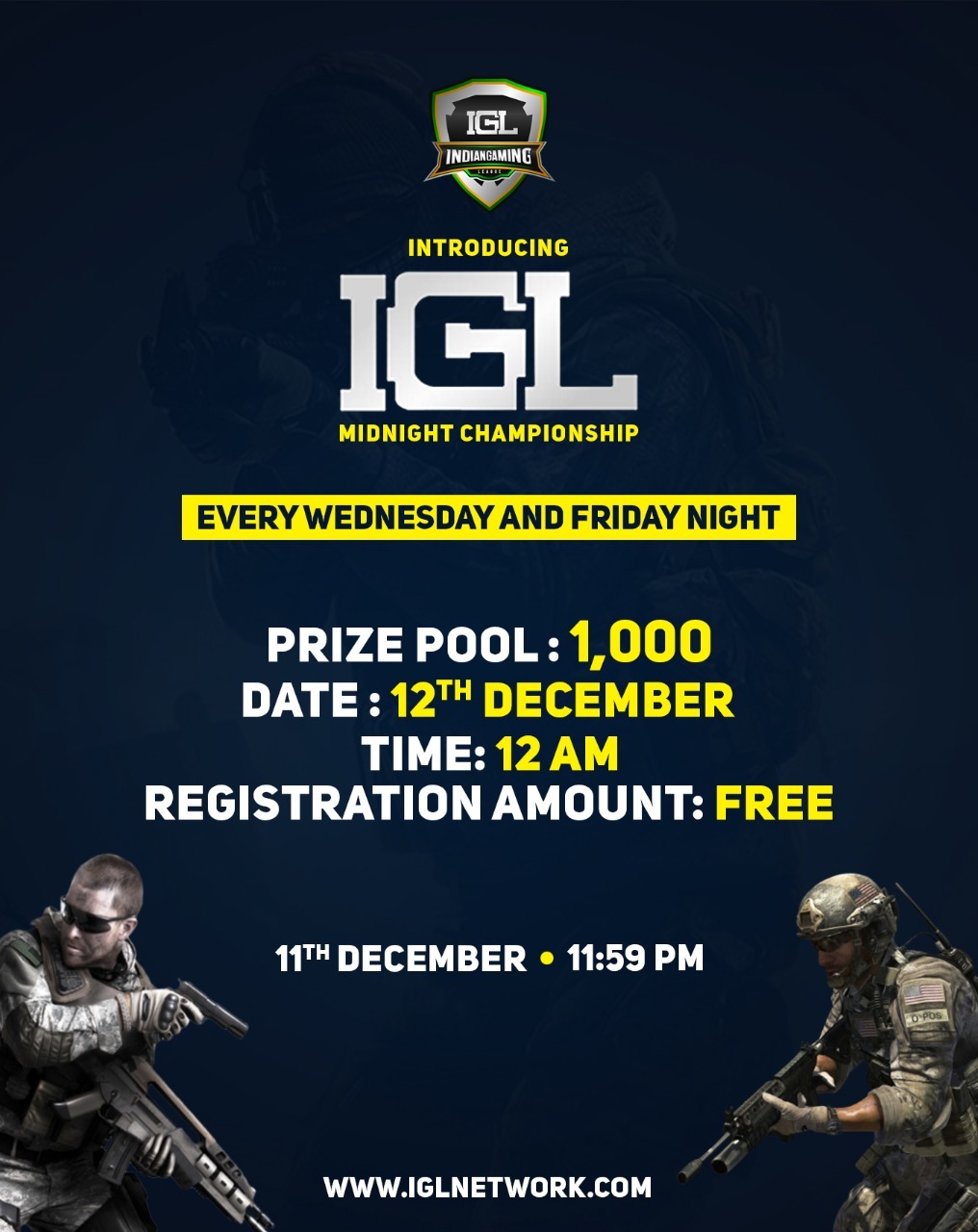 Indian Gaming League (IGL), the fastest-growing Esports platform is the first in the market to announce the introduction of the Midnight Championship on its platform from Saturday 12th December 2020 at 12 midnight. The midnight games will be hosted every Friday and Wednesday night. The Squad Championship will be hosted on Friday whereas the Solo Tournaments on every Wednesday night.

This is an open tournament where players can directly register themselves from the official website iglnetwork.com. The prize pool for the tournament is Rs 1,000 with the winning team getting Rs. 600, runner up team to get Rs. 300 and 2nd runner up to get Rs. 100. All the matches will be streamed live on IGL’s Youtube Channel: IGL- Indian Gaming League starting on Saturday at 11:50 pm. The highlights will be available on IGLTV and on IGL’s own Instagram Handle @iglnetwork.