The winning team RRQ Athena won their way from Asia to the finals and earned the top cash prize of $200,000. CPT and LH. Douyu from Chine came in second and third respectively. The teams came from several regions, including Europe, Asia, North America, South America, Japan/Korea and China to compete. 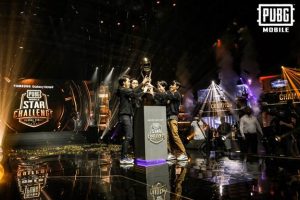 “Congratulations goes out to RRQ Athena, who played some amazing matches over the three-day international tournament that showcased our game’s playability and action. This event caps an amazing year for PUBG MOBILE with industry award wins, cross promotions, and the PMSC 2018 Global Finals. Next year promises to build upon this success as our game continues to take over.” said Vincent Wang, General Manager of Global Publishing Center, Tencent.

Following are the results of PUBG Mobile Star Global Tournament:

The world’s most popular mobile game is now teaming up with the Resident Evil 2. Let’s see what could we expect from the combination of these two super-IPs! Something is coming very soon and please look forward to it!