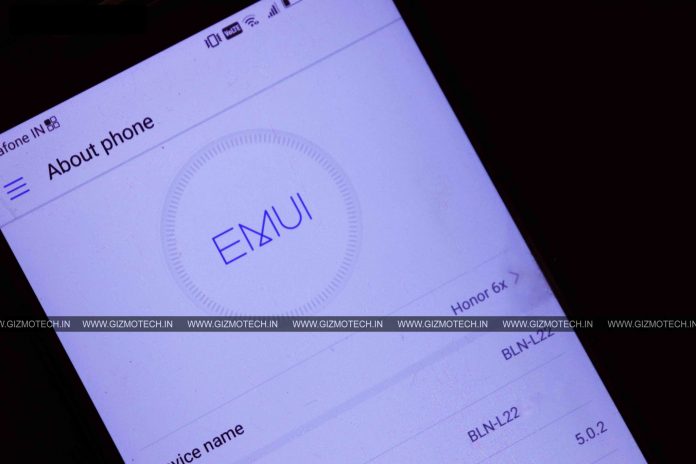 As we all know Honor, is a sub-brand belonging to networking and telecommunications equipment and services company Huawei. So they both use same UI, processor and are same in every aspect except they both have different brand name.

Huawei EMUI is the user interface that Huawei uses on most Huawei Smartphone devices and its subsidiaries the Honor series, based on Android.

So here are the top 10 features

A bridge joins two networks together. As Wi-Fi and other wireless networks expanded in popularity, the need to link these networks with one another and with older wired networks increased. Bridges make inter-network connections possible. 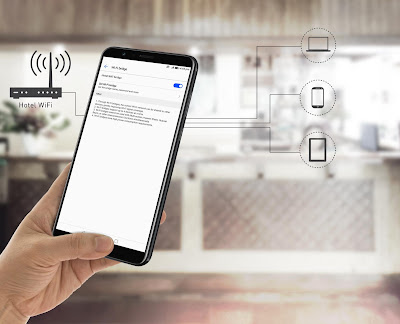 EMUI has one of the best camera UI in the market. All devices with EMUI 5.0 support plug-in management. It allows you to remove rarely used camera modes like document readjustment, good food etc. With the Pro Mode of Camera you have all the camera setting that are available in a professional camera. 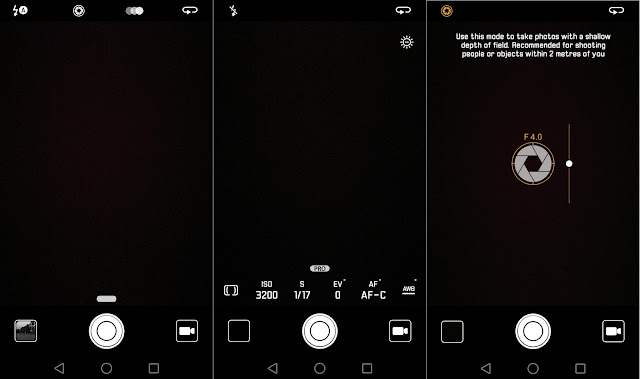 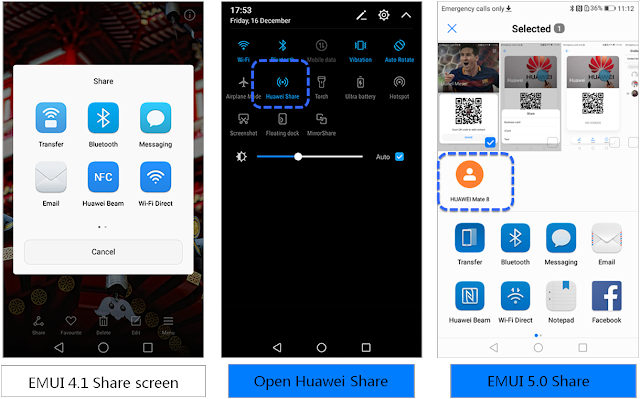 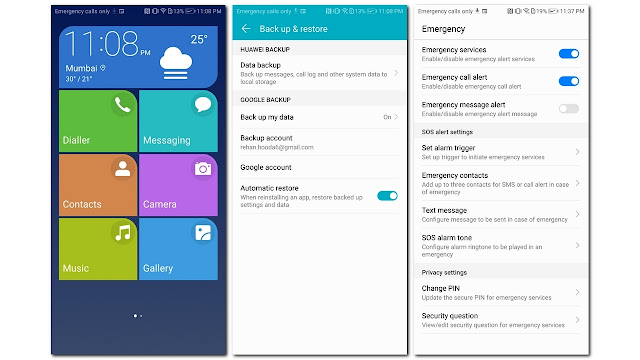 App Twin, as you might expect from its name, allows you to create a duplicate application so you can log-in to two different accounts at the same time. Owners of a European model can duplicate Whatsapp or Facebook while Chinese models can duplicate QQ or Wechat, but these are your only options by default.

This lets you quickly switch to a separate guest profile or another User Account that doesn’t have any of your personal data such as messages, installed apps or preferences. This is as good as a fresh install of Android and the moment you switch back to your Google account, all data saved in the guest mode is removed. Guest Mode and New Users can be added from home screen. 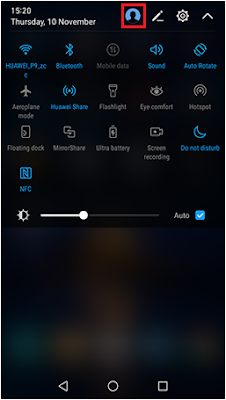 Somewhat akin to content aggregation apps seen on other phone UI’s like FlipBoard and the others. HiBoard lets you see suggested news of the day based on predefined settings and potential apps of interest by swiping from left to right on the home screen. You can scan for QR Codes and Search for the apps here. 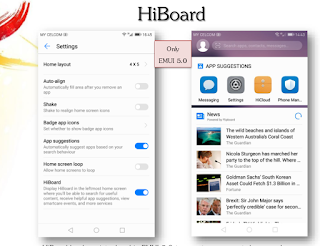 The Smart Assistance menu in the settings is where you’re going to find the bulk of the awesome EMUI features. The first two features you can setup are the Floating Dock and the Navigation Bar tweaks. 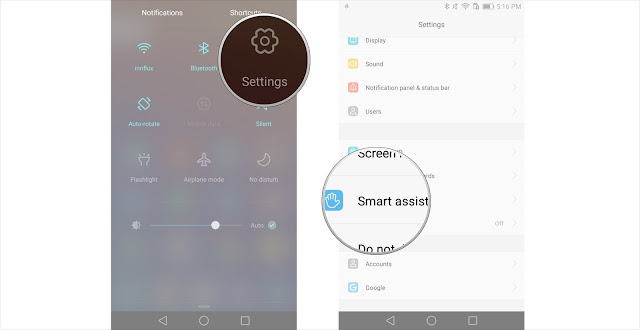 EMUI offers multiple ways to preserve the battery life on your device.

The first is adjusting your Power-Plan where you can choose between Performance, Smart or Ultra power plans. Each of these options will show you how much time you can squeeze out of what’s left of your charge.

Alternatively you can also you the Battery Optimizer feature to identify which apps are still running after the screen is shut off, what screen brightness you should be at and what screen timeout you should use.

Another great way to save some juice is to use the ROG power saver option. This will lower your screen resolution from 1080 to 720. A lower resolution screen will lead to an extended battery life and even an improved performance in some situations.

Motion controls are probably some of the coolest features in smartphones today. What’s more exciting than turning over your phone to mute it, picking it up to lower the ringer volume or putting it to your ear to answer a call?

EMUI has all of this and a whole lot more! 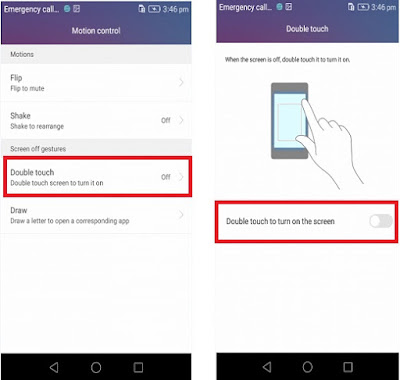 If you have any query or question then do comment below.