ct! Yet a true super power house! Guess what this is?” So, going by this it could be a new phone with bigger battery and compact design.

It is rumoured that the new device will be  Xiaomi Redmi 5. 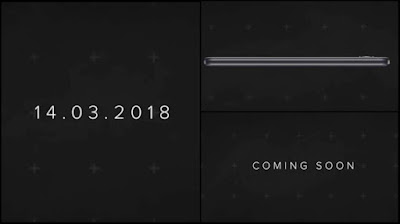 The Xiaomi Redmi 5 comes with a metal unibody design and is equipped with a soft-toned selfie light. The device features a thin-bezel design and sports a 5.7-inch HD+ screen with a 1440x720p resolution and is powered by an octa-core Qualcomm Snapdragon 450 chipset.

The smartphone is equipped with a 12MP rear camera sporting a 1.25-micron pixel sensor and on the front is a 5MP sensor coupled with Beautify 3.0 feature for “enhanced” portrait shots. In terms of connectivity, the device supports Bluetooth 4.2, A-GPS, a 3.5mm headphone jack, Wi-Fi, and a micro-USB port for charging. The device is backed by a 3300mAh battery, comes with a fingerprint scanner at the back. It runs on MIUI 9 which is based on Android 7.1 Nougat.

Xiaomi is expected to launch the device in two variants, one with 2GB RAM, 16GB ROM and the other with 3GB RAM and 32GB ROM. Since the new devices will be successor to Redmi 4, it is expected to be priced around the ₹7,000 .

The Redmi 5 will be a Amazon exclusive. 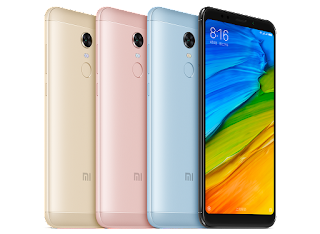 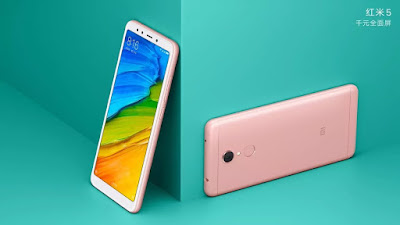 If you any query or question then do comment below.