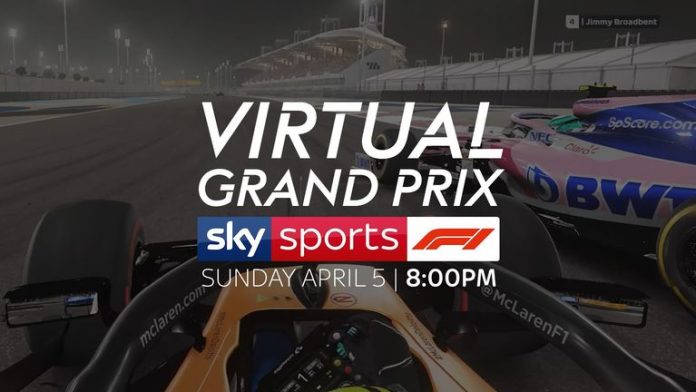 Alfa Romeo Racing ORLEN driver Antonio Giovinazzi claimed a remarkable fifth place in the F1 Virtual Grand Prix, a great performance delivered with maturity and skill by the Italian driver. Johnny Herbert, in the sister car, finished in P17 after a battling performance, on an evening where peaks of nearly half a million people watched the race on Formula One’s channels and countless more followed the drivers’ personal streams.

Antonio’s result is made even more impressive by his relative inexperience with the F1 2019 game – a platform on which the man in car #99 had never practiced before last week. Despite the steep learning curve and surrounded by a field of incredible quality, Antonio qualified in P8, kept his nose clean at the start and then set in to chase the leading pack. A stop for new tyres brought the Italian back into the midfield, but a solid display of tyre management and consistent driving saw Antonio gradually return towards the front, running as high as fourth and battling with Louis Deletraz and Arthur Leclerc before eventually crossing the line in P5.

Johnny made up a few places from his P18 grid slot, but was unfortunately caught in a crash on lap one and had to climb all the way from the back of the grid. An alternate strategy and the need to give space to lapping cars hampered his comeback and he finished in 17th at the chequered flag.

“I had a lot of fun, and that’s the main objective I had coming into this event tonight,” said Antonio immediately after the race. “I hope we managed to deliver an entertaining show for all the people watching from home and hopefully we will have even more drivers joining in for the next round.”

“It was a good first experience with this game, but I’ll put in even more work to train for the next races. Competing like this is a great way to keep sharp while we wait for the Formula One season to start.”

The F1 Esports Exhibition race, featuring our Esports drivers Daniel Bereznay and James Baldwin, followed the Virtual GP but unfortunately was a difficult affair for our highly fancied pairing.

A scrappy qualifying session left both drivers farther behind where they expected to be on the grid, with Daniel in P11 and James in P17. A good start by the Hungarian, however, was nullified by Daniel being an innocent participant in a pile-up started when Mercedes’s Brendon Leigh spun and stopped in the middle of the track. Both Alfa Romeo Racing ORLEN cars were forced to pit at the end of lap one, with Daniel eventually retiring the car due to the damage and James, whose race had been compromised, eventually crossing the finish line in 14th place.

“I made a good start from P11 and I think I could have done a good race, as my long-run pace was pretty good here,” said Bereznay. “I made up three places by turn three, then Brendon’s car appeared facing the wrong way out of nowhere and I couldn’t do anything to avoid him. It’s a shame to end a race like this on lap one, but we’ll come back stronger next round.”