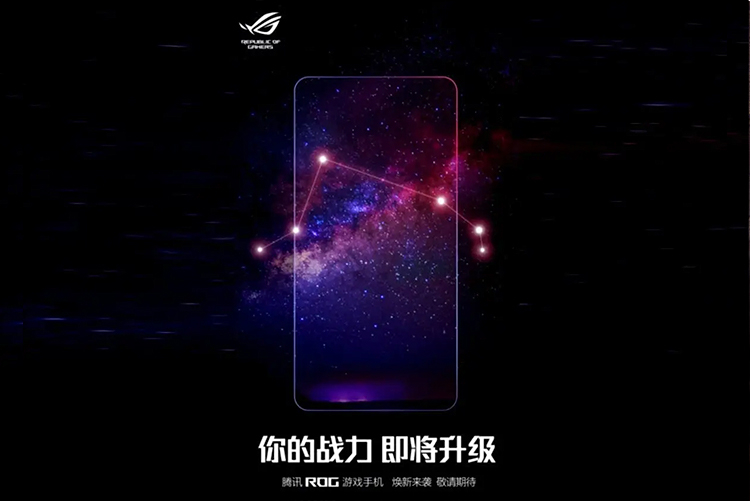 ASUS on the Chinese social network Weibo has published a teaser for the new gaming smartphone ASUS ROG Phone. This was reported by Android Authority with reference to GizChina. It is assumed that the device can be presented in the spring of 2021.

At the same time, the name of the smartphone remains unknown – it will be ROG Phone 4 or ROG Phone 5, because the company may omit the number 4 since in Chinese culture it is associated with failure. Netizens are expecting new details about the smartphone in the coming weeks. By the way, in the picture there is another possible hint of one of the key features of the upcoming smartphone: the device will probably receive a frameless design, for the first time in the history of the ROG Phone family.

It is expected that ASUS will give preference to the refresh rate of rather than its resolution, so the smartphone will receive a screen with a FullHD + resolution and a refresh rate of 144 Hz in the manner of the Xiaomi Black Shark 4. The FHD+ resolution is enough for a comfortable gaming process. In addition, a large screen resolution unnecessarily overloads the GPU which can negatively affect the smoothness of playback.

As for the specifications – in December 2020, two configurations of the device “lit up” in the Geekbench and HTML5 tests under the codenames ASUS_I005DA and ASUS_I005DB. In the HTML5 test, the smartphone scored 469 points out of 555 possible. Based on the Geekbench benchmark, the smartphone will receive an 8-core Qualcomm Snapdragon 888 processor, 8GB of RAM and Android 11 out of the box.