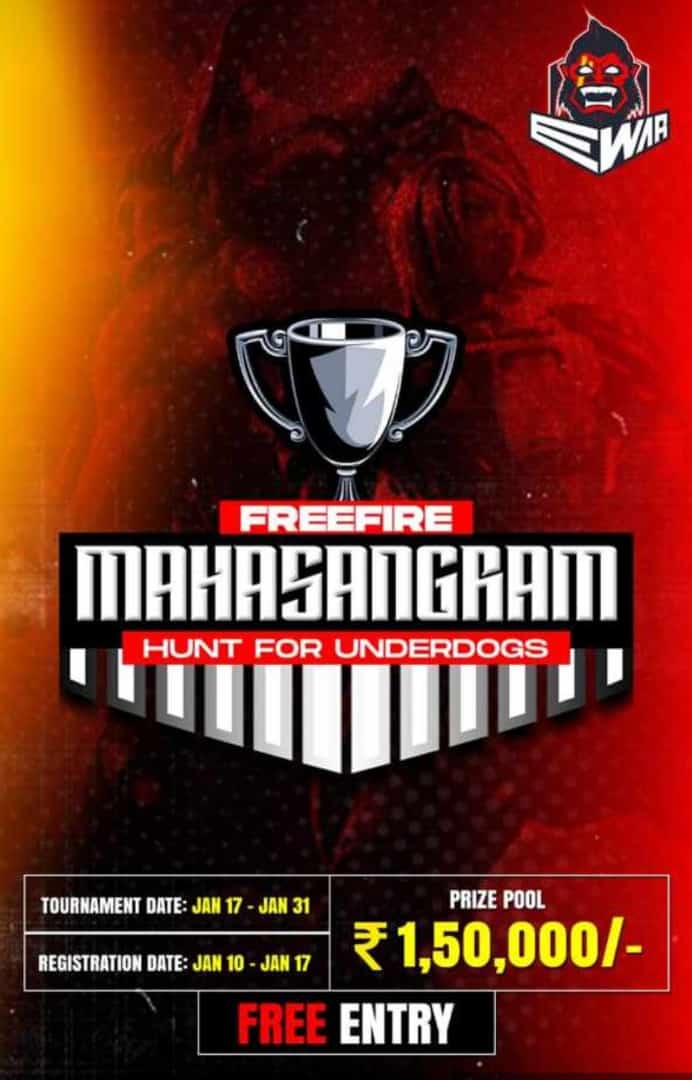 This esports tournament is all set for 15 days which will be conducted between January 17 to Jan 31, 2021. Registrations are underway & will be closed on 17th. The tournament will start from the second half of 17th & finals will be played on 31st Jan. Tournaments are divided into different stages: Qualifiers, Quarterfinals, Semifinals & Finals. Invited teams will get a direct entry from Semi finals & Finale. All the Underdogs teams who qualify for either of the two stages will get a chance to play against pros.There is an exciting giveaway in this tournament DJ Alok is one of the characters on Free fire game who has a unique ability while gameplay,he is one of the best choices among players. This giveaway will be a gift  to players at different stages.

Registration can be done through Ewar app.