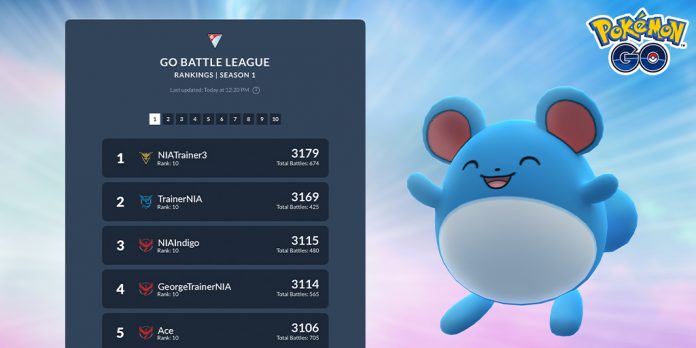 Here’s what you can expect from the GO Battle League leaderboard:

Celebrate the launch of the GO Battle League leaderboards with GO Battle Day: Marill on Sunday April 12th 2020! This brand-new event will feature Marill, the Aqua Mouse Pokémon, and activities related to the GO Battle League. This Water- and Fairy-type Pokémon evolves into Azumarill—a popular Pokémon in the Great League!

The more GO Battle League battles you win from 11:00 a.m. to 2:00 p.m. local time during the event, the more chances you’ll have to encounter Marill! During this time frame, Marill will appear as a guaranteed Basic Reward after your first and third wins. Use a Premium Battle Pass, and Marill will appear after every win as a guaranteed Premium Reward! Trainers will also receive 2× Catch Stardust for catching Marill during this time period. Please note that the  encounters that serve as rewards for ranking up, such as the Pikachu Libre encounter at rank 10, will stay the same.

Moto G6 lineup set to debut in Brazil on 19 April