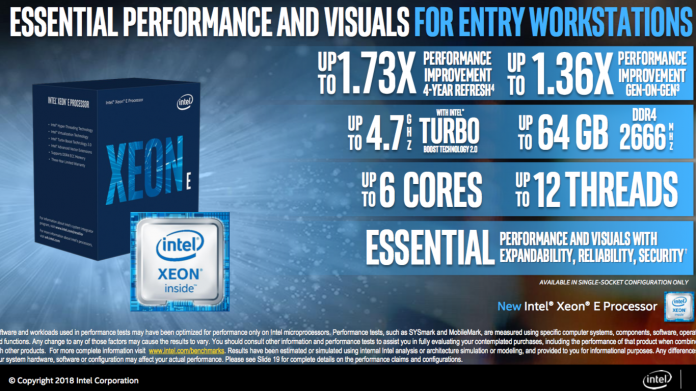 Intel has officially announced their latest Xeon E-2100 processor (Xeon E-2100), which is a successor to the “God U” Intel Xeon E3 processor based on Coffee Lake Architecture. 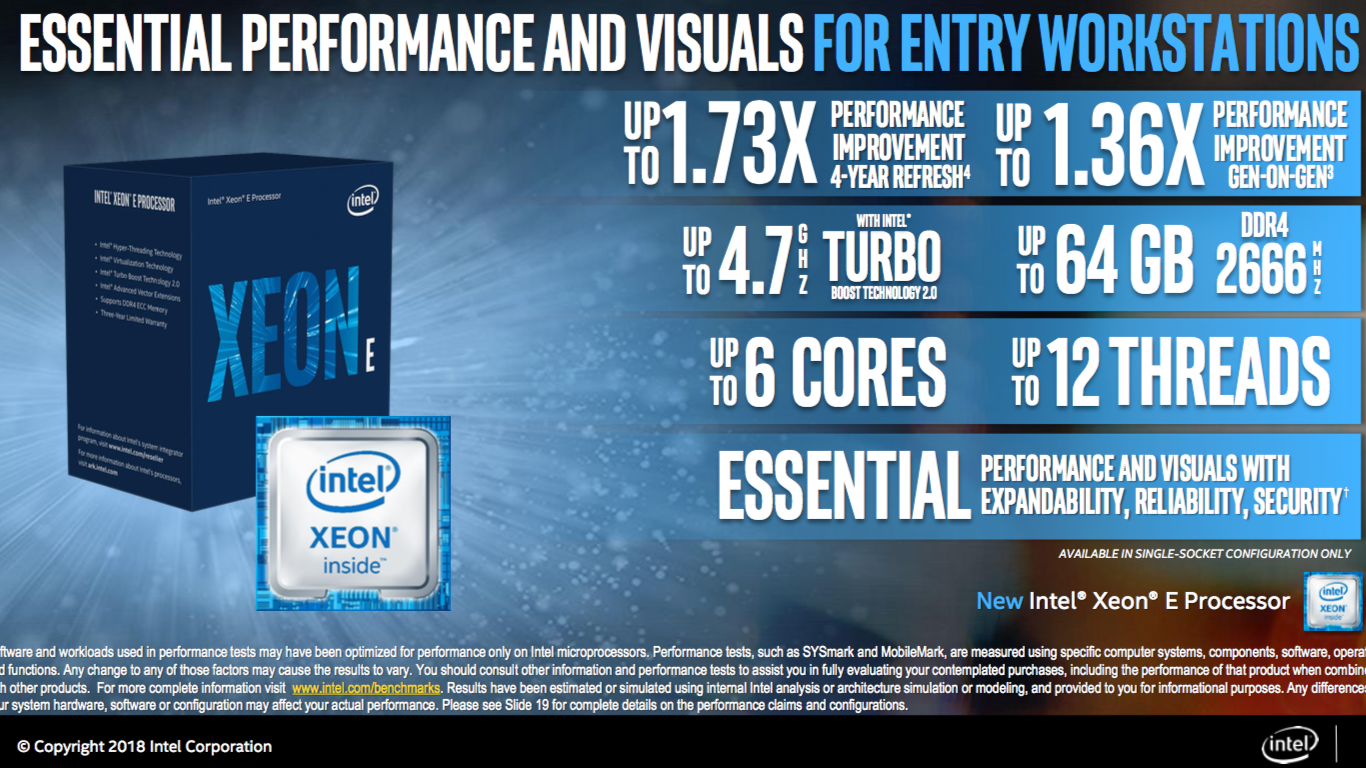 The new processors are aimed at entry-level workstations and deliver a range of features that allow systems to be more productive and deliver a very powerful, single-threaded application performance with a platform optimized for reliability and affordability.

The Xeon E-2100 family is designed for entry-level desktop workstations (high-end Xeon scalable, mainstream Xeon W), designed to help creative people gain a powerful and reliable platform. Single-threaded application performance.
According to official data from Intel, the performance of the Xen E-2100 is up to 1.36 times that of the Xeon E3-1200 v6. In the application scenarios of financial / 3D modeling /animation, the speed is 45% faster and the high load calculation speed is 33% faster. 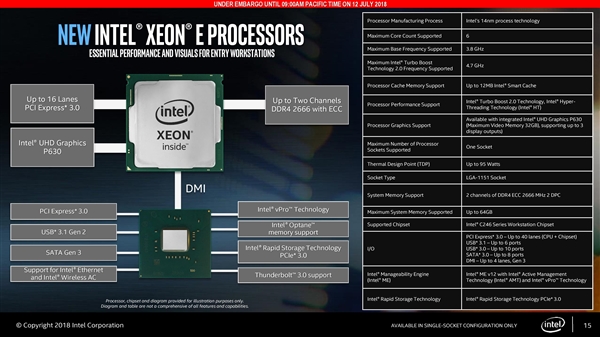 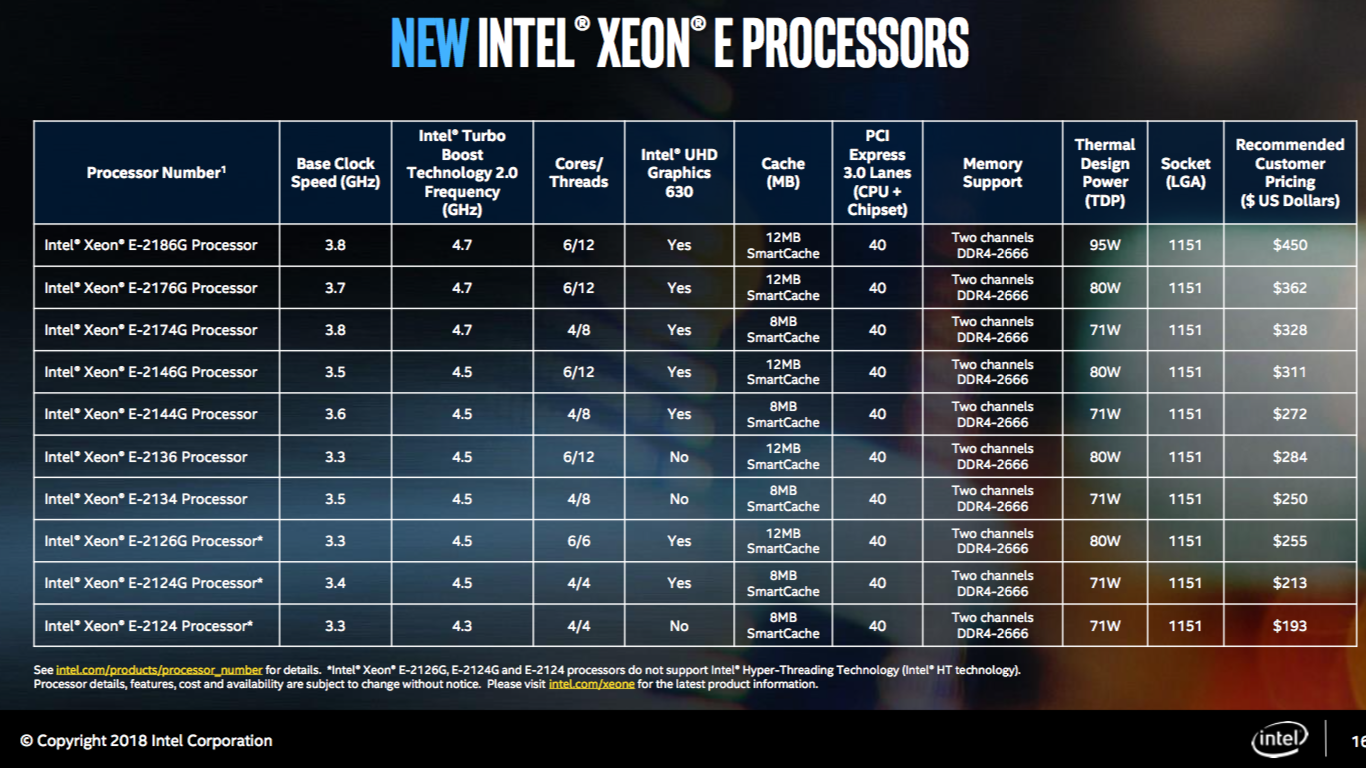 The Xeon E-2100 is not available to purchase to build your own workstation. Instead, expect to see the CPUs in pre-built workstations from Dell, HP, Lenovo and other manufacturers. Lenovo has also released the P330 workstation and Dell has released the Precision 3000 series.