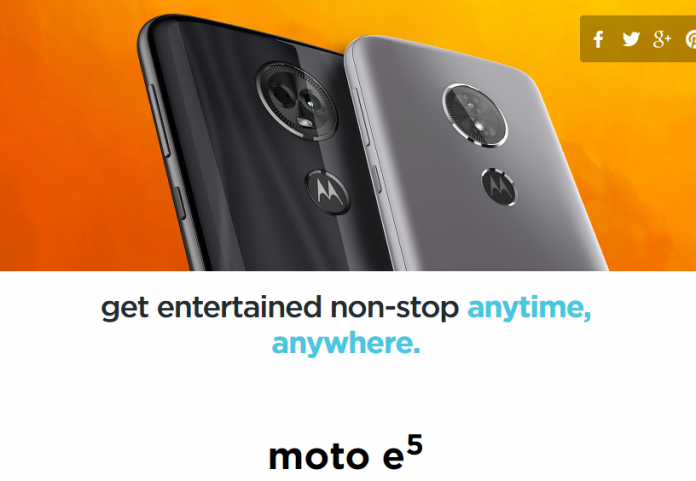 Lenovo-owned Motorola on Tuesday announced the Moto E5 series at an event in India. The new Motorola phones come with a focus on “design, display and power,” says the company. The new models are designed to expand the brand’s presence in the mid-range market segment. 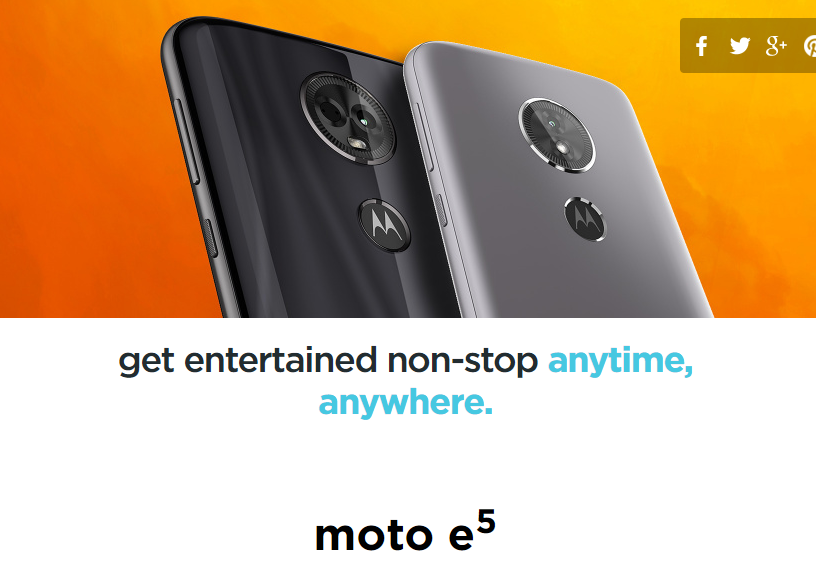 The Motorola Moto E5 series has Moto E5, and Moto E5 Plus smartphones. So, which one would the best for you? Find out below. 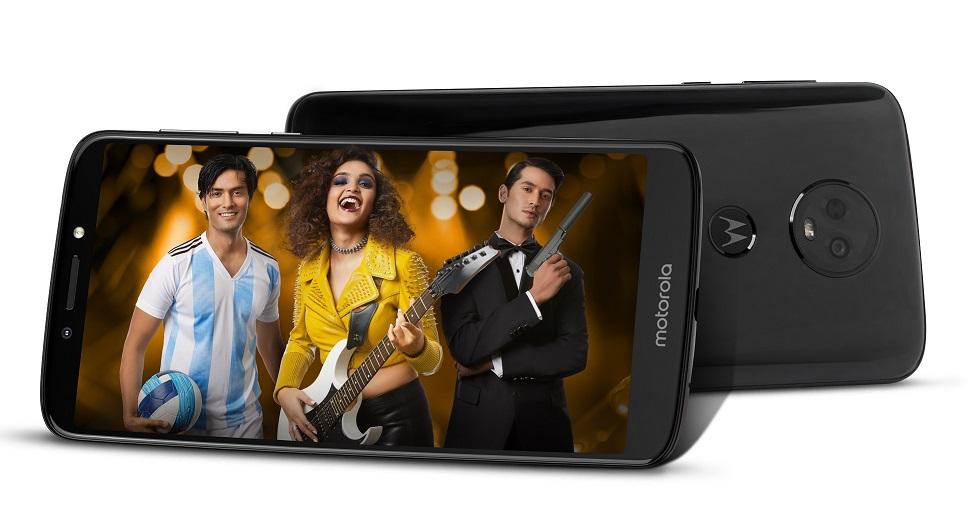 The Moto E5 Plus boasts a big 6inch HD+ (1440 x 720) screen which is ideal for gaming or watching videos. The display is paired with wide viewing angles that is rated to deliver a quality visual experience to its users.
Under the hood, the Moto E5 Plus is loaded with a quad-core Snapdragon 430 chipset and Adreno 505 GPU which is paired with 3GB of RAM. The microSD Card support (up to 128 GB) of memory.
The Motorola Moto E5 Plus comes with 12MP camera with large, 1.25um pixels and Laser autofocus.  For selfies lovers, the smartphone comes with a 5-megapixel front-facing sensor which also comes with an LED flash that promises good selfies.
One of the impressive features of the smartphone is its big battery which is touted to last for nearly two days. The Motorola Moto E5 Plus is fuelled by a non-removable Li-Ion 5,000mAh battery. On the software front, the handset runs on Stock Android 8.0 Oreo.
For connectivity, you can enjoy features like 4G with VoLTE support, GPS, Wi-Fi 802.11 b/g/n, Bluetooth 4.2, NFC, and a microUSB 2.0 port. Also, there is dual SIM support. For storing data and other apps, the smartphone ships with an on-board storage space of 32GB, which can be readily expanded up to 128GB via a microSD card. There is a dedicated expansion slot on the device to fit in the microSD card.

The Moto e5 sports a metal unibody design which along with rounded edges on all sides make it hassle-free to hold and carry around. Also, the position of the fingerprint reader has changed. It has now been integrated into the Motorola logo at the back. On top, the smartphone boasts a 5.7-inch HD+ (1440 x 720) IPS display. The screen on the Moto E5 comes with Corning Gorilla Glass protection.
The Moto E5 with a 13-megapixel rear camera which can be used for shooting images and videos. At the front, there is a 5-megapixel front-facing sensor which also comes with an LED flash that promises good selfies. Under the hood, the Moto E5 is arm with a 1.4GHz quad-core Snapdragon 425 processor with Aderno 308 and 2GB of RAM.
The Moto E5 ships with an internal storage capacity of 16GB for installing apps and other data. Depending on your requirement, you can also choose to expand the storage capacity further via a microSD card up to 128GB. The device has a non-removable Li-Ion 4,000mAh battery. On the software front, the smartphone runs Android 8.0 Oreo operating system out of the box
Connectivity options on the handset include options like 4G, dual SIM support, GPS, Bluetooth 4.2, VoLTE support, and a microUSB 2.0 port.

Moto e 5 will be available exclusively in online on Amazon.in and at all leading mobile stores across the country. It will be available in two color variants – Fine Gold and Flash Gray and is priced at INR 9,999.

Launch Offers for moto e 5 plus on Amazon.in, valid till 12th July

Launch offers for moto e 5 plus and moto e 5 at Moto Hubs: