South Asia’s leading esports company NODWIN Gaming and the global leaders in game development and publishing Riot Games have joined forces to roll out the VALORANT Conquerors Championship as the qualifying tournament for the APAC Last Chance Qualifiers as part of the 2021 VALORANT Champions Tour. Teams will compete in multiple sub-regional qualifiers for a prize pool of INR 25 Lacs (33,000 USD) in the South Asian leg. Registrations will start from 15 June onwards.

VALORANT’s instant success paved the way for multiple grassroots level tournaments in the region, driving the idea for a robust and inclusive tournament in the form of the VALORANT Champions Tour. With South Asia serving as a rapidly growing hub of VALORANT esports, its fans desired a path to the global esports circuit. The tournament is aimed at providing the much-needed gateway to international representation for the players and teams in the region. NODWIN Gaming will execute the tournament supported by the expertise of Riot Games.

The tournament will field 6 qualifiers:

Each qualifier will have a set number of slots filled through registrations followed by the online qualifying matches. Qualifying teams will go through the playoffs to reach the grand finals and the winner will make their way to the APAC Last Chance Qualifier where they will face qualified teams from Southeast Asia, Korea and Japan. The winner of the APAC Last Chance Qualifier will advance to the VALORANT Champions Tour, the global final where a single team will be crowned the 2021 Champion. Detailed information regarding the registration dates, tournament format, and timelines will be revealed and communicated soon. 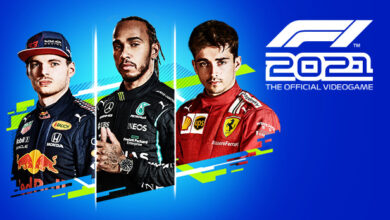 F1 2021 To Feature Legend Like Schumacher, Senna, Prost and Many More