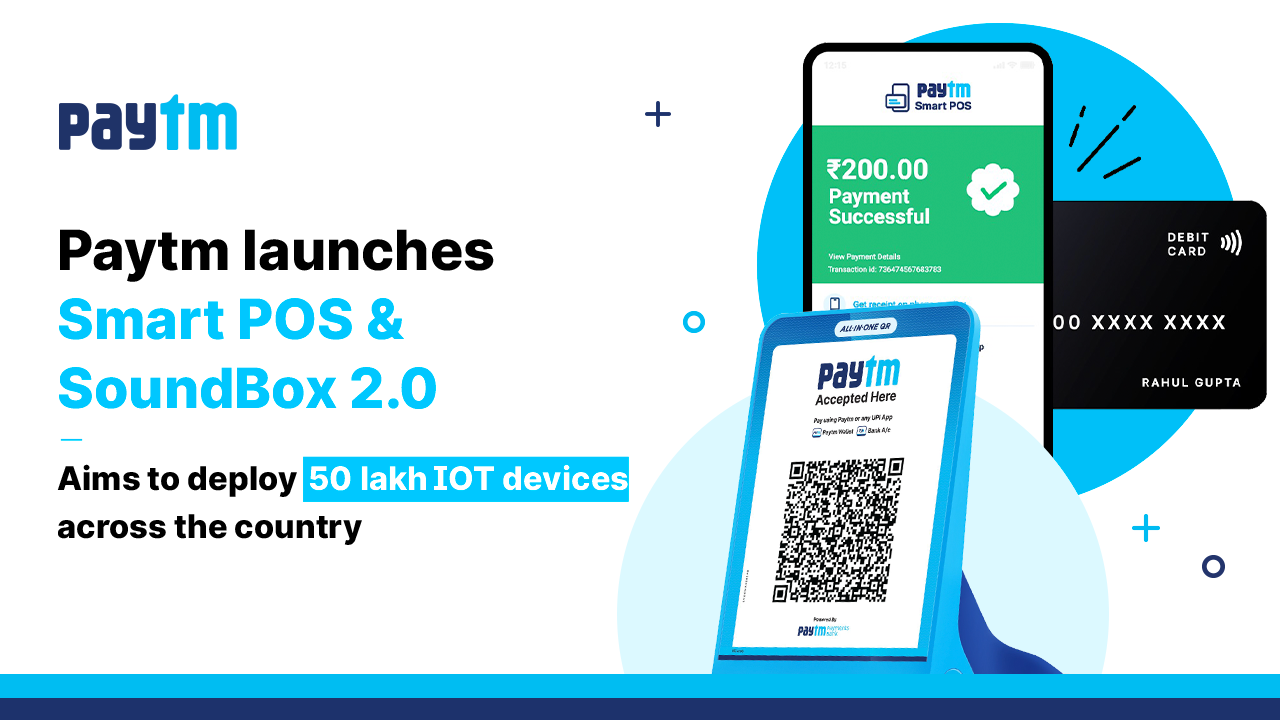 Paytm today introduced its latest Internet of Things (IoT) based payment devices, Soundbox 2.0 and Paytm Smart POS for Android phones. The company that started its journey by being the pioneer of QR-code based payment technology has expanded into IoT payment devices with Paytm All-in-One Android EDC devices, All-in-One Android Pocket POS, Soundbox among others. It has built the country’s largest network of over 2 crore merchant partners and has helped them grow their business exponentially by empowering them to accept digital payments via Wallet, UPI, Cards and net-banking. It continues to lead offline retail payments with over 9 lakh merchants benefiting from Paytm IoT devices. The company is on a mission to bring 5 crore merchants into the mainstream economy and equip businesses with 50 lakh IoT devices over the next few years.