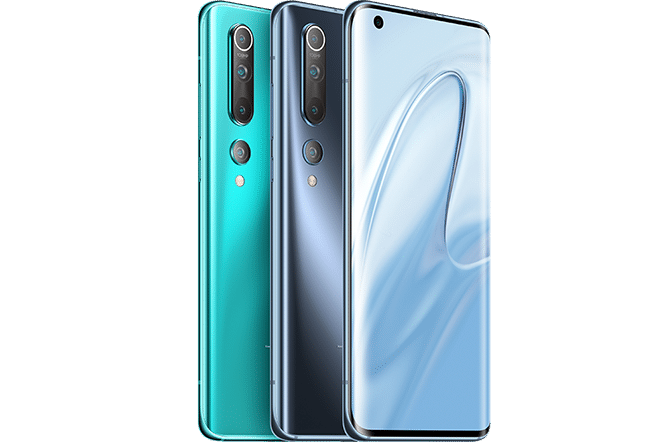 Xiaomi launched its flagship Mi 10 in India with the world first 108MP Camera via Virtual event. The price start’s at Rs 49,999 for 8GB + 128GB At this point, the Mi10 will face tough competition form the OnePlus 8 Pro and iPhone XR.

The Mi 10 has a 6.67-inch 3D Curved E3 AMOLED display with FHD+ resolution with a refresh rate of 90 Hz and HDR10 Plus. The display also boasts a P3 colour Gamulet and 1120nits brightness. The upper left corner of the screen is decorated with a camera hole that houses the front camera. The size of the front camera is very small, only 4.08 mm which blends with the screen.

The Mi 10 is powered by the latest Qualcomm Snapdragon 865 SoC paired with 8 GB of LPDDR5 RAM and 256 GB of UFS internal memory.
The Mi10 comes LiquidCool 2.0 Vapor Chamber to prevent overheating.

This phone is equipped with a 4,780 mAh battery that is powered by a 30-watt charger using either cable or wireless. Mi 10 also supports reverse charge or charging between devices with 10 watts of power output.

The Mi 10 runs the Android 10 with the MIUI 11 Custom Skin. Additional feature includes Game Turbo 3.0, Game Voice Changer, Document Scan Assistant. There are two colour variants to choose from namely Coral Green and Twilight Gray. The Mi 10 is priced at Rs. 49,999 for 8+128GB Variant and Rs 54,999 for 8GB+256GB.

Samsung Galaxy A22 5G with with 48MP Triple Camera and 90Hz refresh rate Launched in India; Price Starts at Rs 19,999