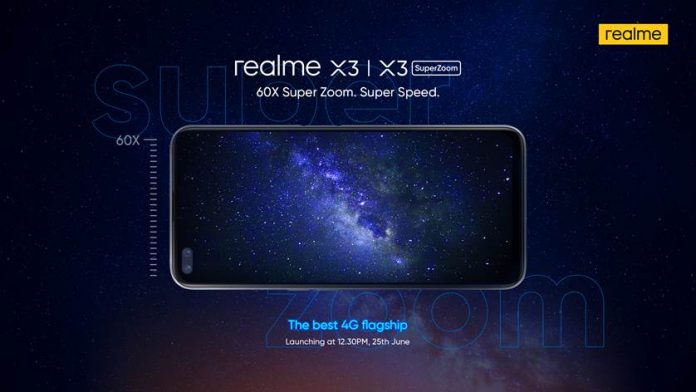 After teasing the realme X3 launch the realme announced that the X3 & X3 Superzoom will be launched on Wednesday, 25th June 2020 from 12:30 pm onwards at Twitter, Facebook and YouTube.

According to rumours, the realme X3 will be identical to Realme X3 SuperZoom. The smartphone will also get the same Qualcomm Snapdragon 855+ SoC. It is expected that the phone will come with 6, 8 and 12 GB of RAM and 64, 128 and 256 GB of internal storage.

Vivaldi 4.0: Vivaldi Translate and the beta of Vivaldi Mail, Calendar, and Feed Reader are here