Sony announced a ton of forthcoming firmware upgrades for its line of full-frame cameras and a brand-new APS-C camera, the a6400. The new camera is a mid-range APS-C mirrorless uses a similar form factor to the a6300 but has some new features typically only found in Sony’s full-frame cameras.

The a6400 looks identical to the two previous models of the Sony a6xxx mirrorless series. The main difference lies in the a6400 touch screen which can now be bent 180 degrees upwards so that it faces the user’s face. The kinds of screen configurations that were previously present in the a5xxx series make it easy for users to shoot their own faces, for example when selfie and record vlogs. Because of that, Sony is targeting the vlogger with a6400. 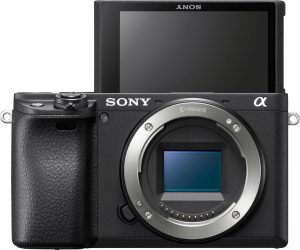 The ability of a6400 is supported by 4K video recording, S-Log2 and S-Slog3 profiles, slow motion of up to 120 FPS at 1080p resolution, and autofocus which is claimed to be the fastest in the world with a focusing lock time of only 0.02 seconds.

The a6400 innards themselves are still similar to Sony’s previous APS-C mirrorless camera models. This camera still relies on the 24.2 CMOS sensor with Bionz X image processing chip and 425-point phase detect AF. As the name implies, it seems that placing the camera between a6300 and a6500, a6400 hardware capabilities can be said to still be below the a6500. Sony a6400, for example, is not provided with an in-body image stabilizer (IBIS). The a6400 memory buffer is only able to accommodate 116 standard JPEG frames or 46 RAW frames compressed in continuous shooting (up to 11 FPS with full tracking).