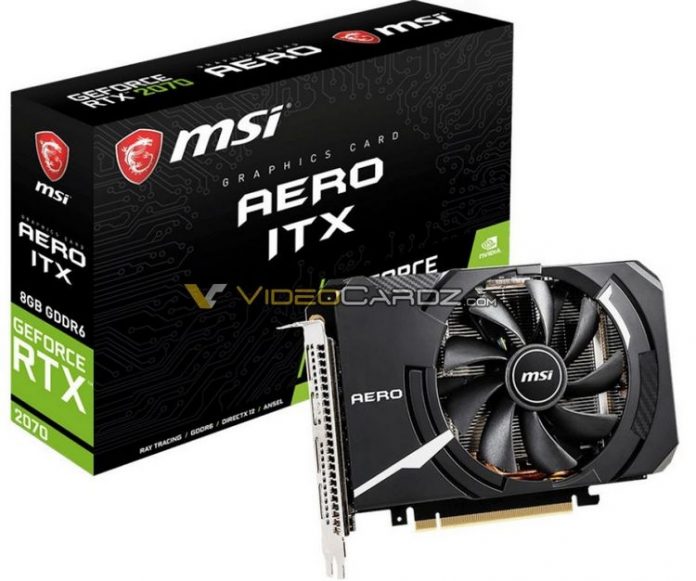 MSI is preparing a GeForce RTX 2070 Aero ITX video card, which claims to be the most compact GeForce RTX 20-series video card on a Turing graphics processor. Unfortunately, the resource VideoCardz, which published the image of the novelty does not have information about its exact dimensions, but even outwardly it is clear that the video card was extremely compact for its class.

The managed to reduce the dimensions as much as possible, primarily due to a more dense arrangement of components. In addition, the lack of the NVLink connector, which is not already provided in the GeForce RTX 2070. Finally, to reduce the size, MSI decided to abandon the VirtualLink connector (USB Type-C) and also not use the DVI video output. Note that the latter is already missing in most non-standard GeForce RTX 2070. Here, the set of video outputs includes three DisplayPort 1.4 and one HDMI 2.0. 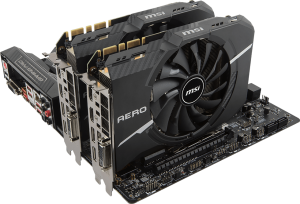 Judging by the fact that the abbreviation “OC” is missing in the name of the GeForce RTX 2070 Aero ITX, the graphics processor Turing TU106 works here with reference frequencies of 1410/1620 MHz. This is not surprising, because the new product has received a very modest cooling system with a small radiator with heat pipes that blows only one fan. However, it should be quite enough to cope with a TDP of 175 watts. Of course, there can be no significant overclocking. For this, there are other models available and this one is designed for the most compact assemblies.

At the moment, it is not known when exactly the GeForce RTX 2070 Aero ITX video card will go on sale and it will cost so much.