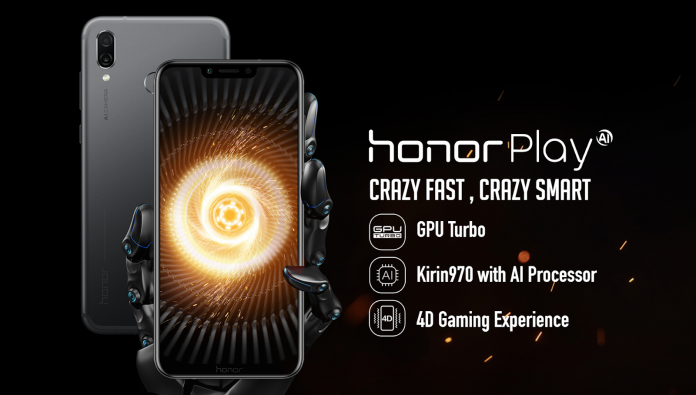 Huawei sub-brand Honor launched honor play at an event in India. Earlier the smartphone was launched in China back in June. The main USP of this smartphone is the Kirin 970 and GPU Turbo. 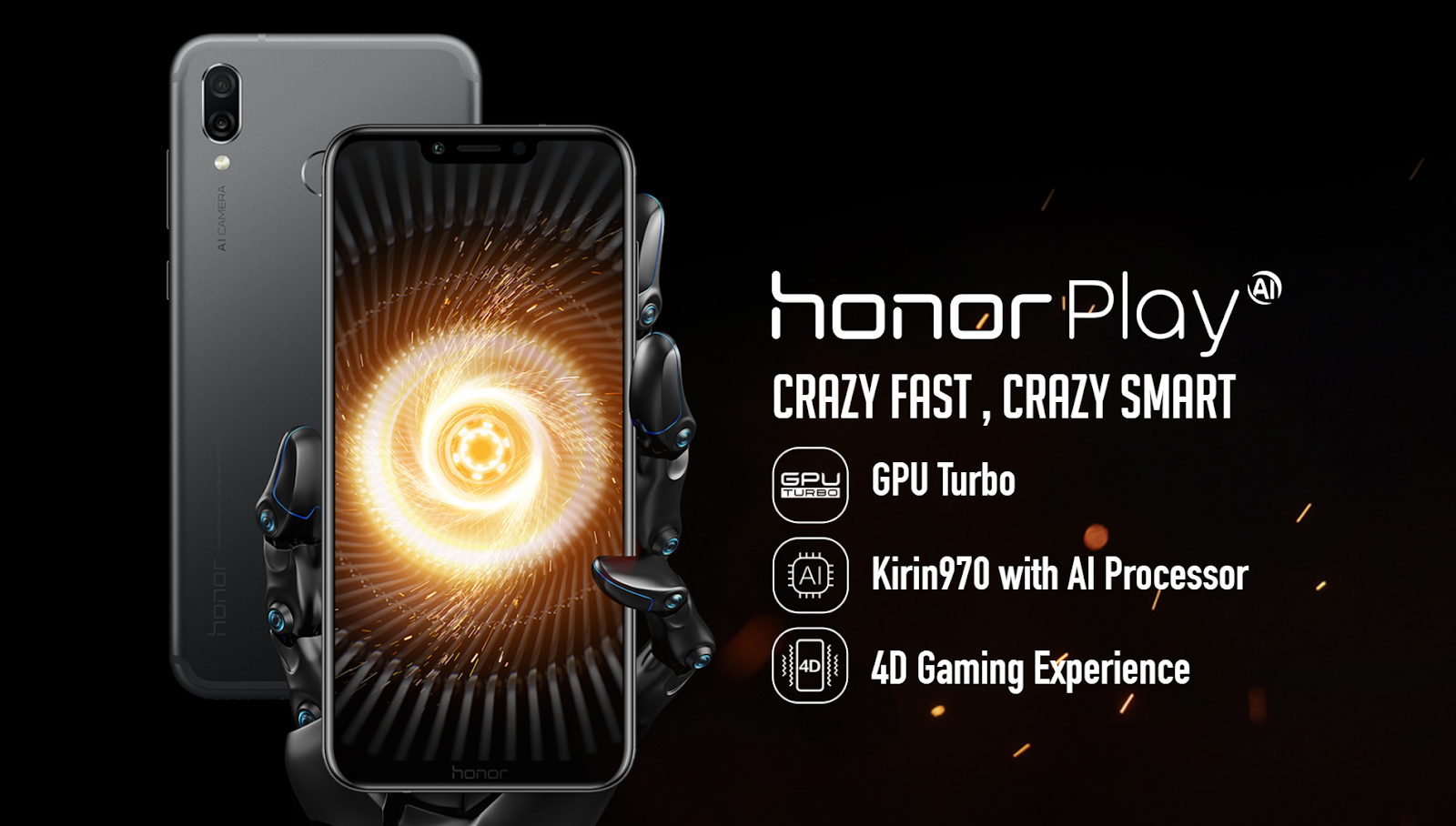 The device has a non-removable Li-Ion 3,750mAh battery. On the software front, the smartphone runs Android 8.1 Oreo operating system running on EMUI 8.2. 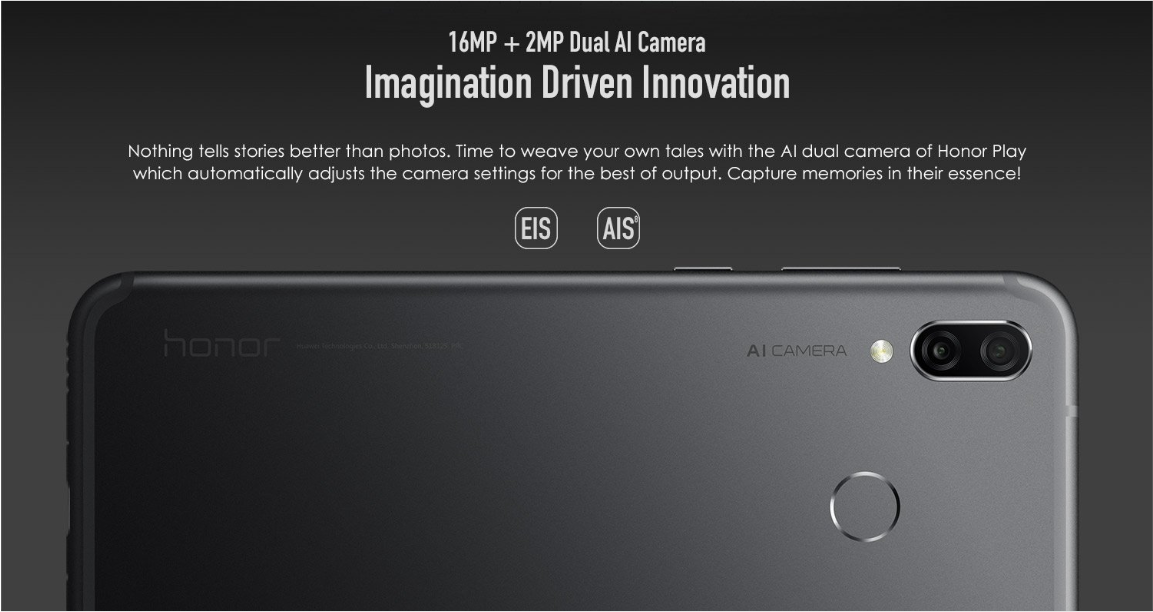 The Honor play comes with the Huawei’s GPU Turbo. A software update said to improve graphics processing efficiency by 60% while reducing the SoC (System on Chip) energy consumption by 30%, exceeding the limits of the balance between smartphone performance and energy consumption.

It also comes with 4D Gaming that vibrates the phone in real-time when the user is playing games. The vibration happens when it detects different scenes like explosions and shots. This is similar to the force/haptic feedback on gaming controllers while playing on PCs or gaming consoles.

The Honor Play has a 3,750mAh battery and comes with a 9V/ 2A (18W) charging adaptor. It does not support Huawei’s SuperCharge 22.5W battery technology. 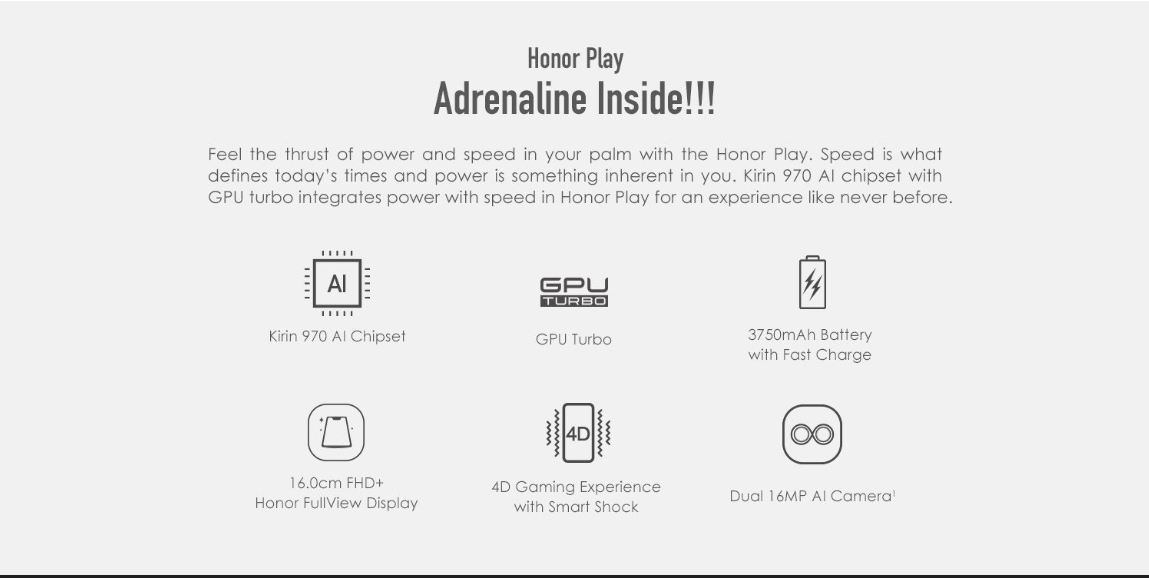 The smartphone will go on sale from 4 pm IST on Amazon India and the HiHonorStore from Monday itself. Launch offers include savings on Axis Bank and 10GB Data for 12 months from Vodafone.