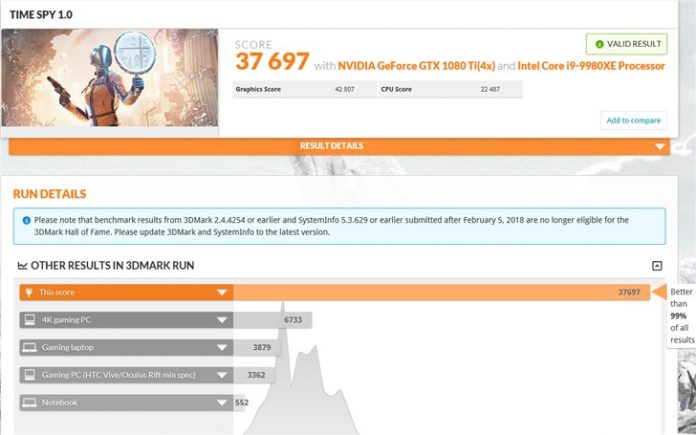 According to reports, this time it was run with four NVIDIA GeForce GTX 1080 Ti cards, achieving an incredible benchmark score. The results have not been released in 3DMark’s Time Spy Hall of Fame, but the score has been verified.

The high score was achieved by an overclocking expert named Rauf who used liquid nitrogen cooling to get the highest score. The 3DMark Time Spy ranking is followed by the 2x SLI GeForce RTX 2080 Ti system.