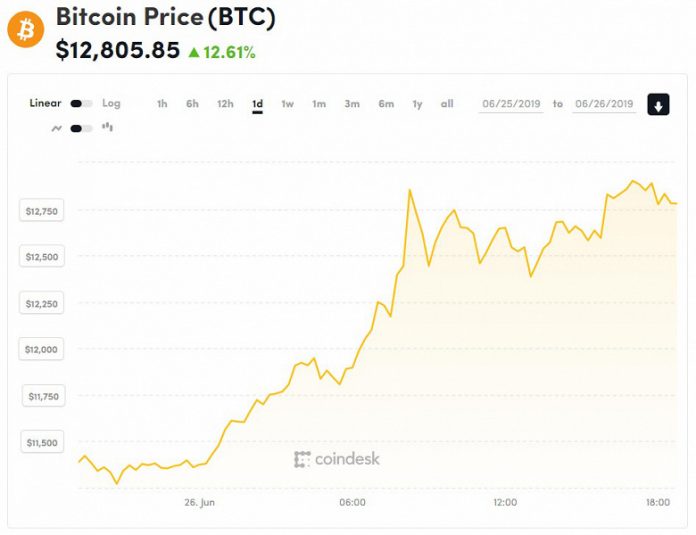 This is the highest level in the past year and a half.

Bitcoin cryptocurrency rate continues to grow. Most recently, it jumped to 11,000, after which growth continued – so much so that only in the last 24 hours the price of cryptocurrency has risen by almost $ 1,500, coming close to the mark of $ 13,000 for some time.

Other crypto-currencies are also becoming more expensive, but growth rates are lagging behind Bitcoin. For example, the cost of Ethereum increased by 9.82%, to 342.64 dollars, in Litecoin – only by 2.2%, to 136.02 dollars.

Call Of Duty: Mobile India Challenge Returns This Month With Its Largest Ever Prize Pool Of Inr 60 Lacs