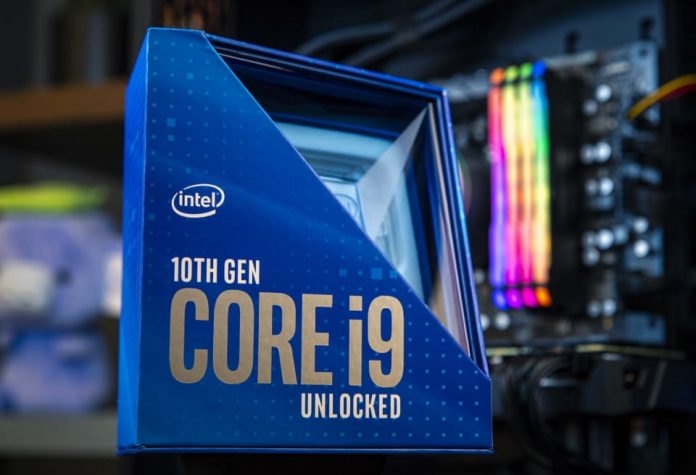 Intel announced on Thursday, April 30, the 10th-generation Comet Lake desktop family, which includes no less than Core i3 to Core i9 processors. In addition to 8 Pentium Gold and Celeron, with the strongest model in the new family will be the Core i9-10900K  which comes with 10 cores and 20 threads up to 5.3GHz.

The biggest change the new processor series brings is Intel’s Hyperthreading multi-function technology, which will be available for the first time in all CPU series starting with the Core i3 and above, which is expected to significantly increase new generation performance over the previous generation. The new processors will support 2.5GbE wired internet connection through the Intel Ethernet I225 controller and fast WiFi 6 connection with the Intel Wi-Fi 6 AX201 controller.

Also Read: How to Delete Your Zoom Account Permanently

All new Comet Lake processors will be available for sale starting in May.

While Intel’s big news is the Core i9 processors that come first with 10 cores and 20 capillaries, the most significant change occurs in the Core i3 processor series, which is particularly powerful in the current 4-core and 8 capillary generations and can easily be compared to processors The Core i5 or later releases.