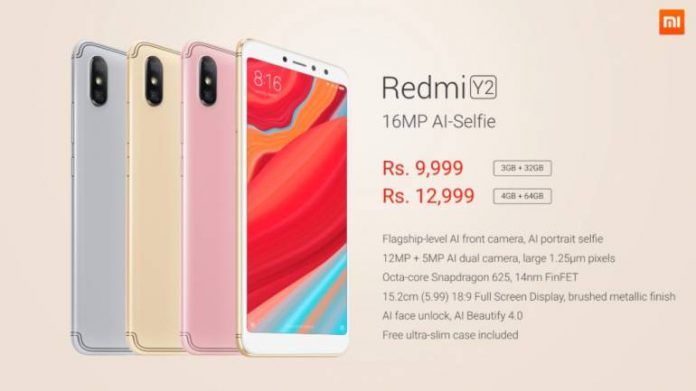 Xiaomi Redmi Y2, successor to last year’s Redmi Y1, has been launched in India on Thursday at an event held in New Delhi. The Redmi Y2 is the rebranded Redmi S2 that was launched in China earlier this year. The Y-series smartphones are target for Youth and focuses mainly on camera performance for which it has a high-resolution front-facing camera, dual-camera setup at the back and AI capabilities. 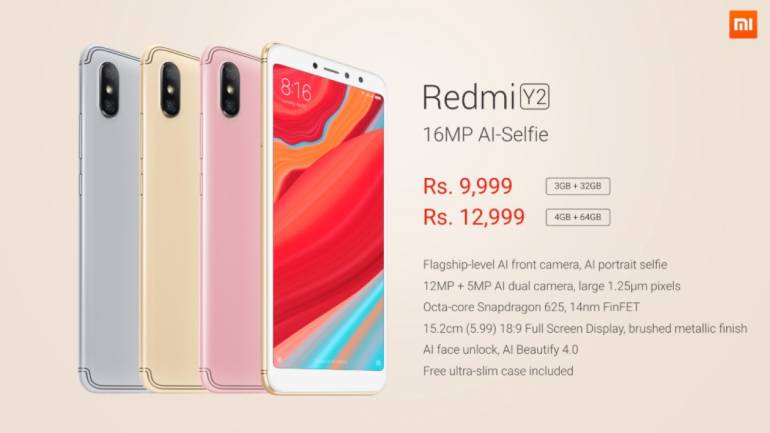 In terms of camera, the Redmi Y2 sports a dual camera setup on the back, with a 12-megapixel primary sensor and a 5-megapixel secondary sensor, ƒ/2.2 aperture that come with a 1.25-micron pixel size and AI-based capabilities. On the front, the phone gets a 16-megapixel selfie Super Pixel sensor, ƒ/2.0 large aperture, 79.8° wide-angle lens with features such as an LED selfie-light, AI Beautify 4.0, and Face Unlock capabilities. There is 32GB/ 64GB of inbuilt storage on the smartphone, expandable via microSD card – with a dedicated card slot. 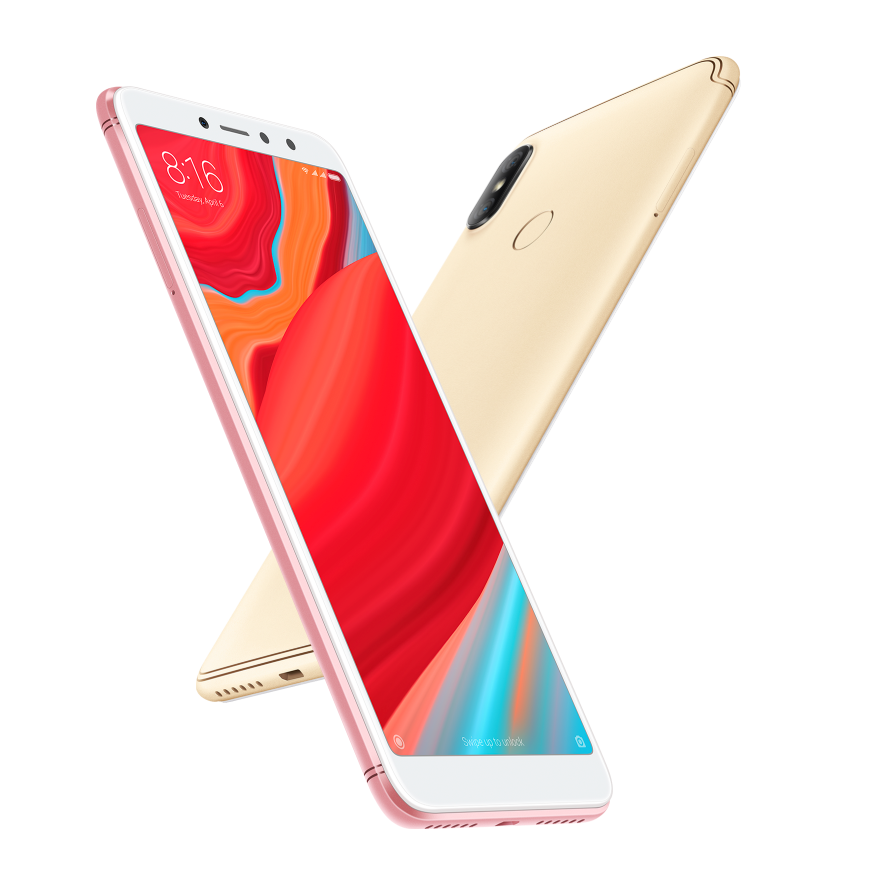 Connectivity options on the Xiaomi Redmi Y2 include 4G VoLTE, Bluetooth v4.2, GPS/ A-GPS, Wi-Fi 802.11 b/g/n, a 3.5mm headphone jack, and Micro-USB 2.0. As for sensors, the smartphone gets an accelerometer, an ambient light sensor, digital compass, fingerprint sensor (which can be used as a shortcut for taking selfies) on the rear panel, gyroscope, infrared, and a proximity sensor. Dimensions of the Redmi Y2 are 160.73×77.26×8.1mm and weight is 170 grams.

The Y2 runs on the latest Android 8.1 Oreo OS. The operating system is customised with the MIUI 9.5 user interface. The MIUI 9.5 has plenty of features such as app lock, dual-apps, second space, customised calendar and messaging applications for India, Mi Cloud with 5GB of free storage, and changeable themes.
Redmi Y2 price in India has been set at ₹ 9,999 for the 3GB RAM/ 32GB inbuilt storage variant and ₹ 12,999 for the 4GB RAM/ 64GB onboard storage model. It will be available in Dark Grey, Gold, and Rose Gold. The smartphone will be made available on Amazon India, Mi.com, and Mi Home stores from June 12, while offline partner stores will get it in a few weeks.

The Y2 launch offers include a ₹  500 instant discount on ICICI Bank on credit and debit cards in the first sale. Airtel is also offering a ₹ 1,800 instant cashback to Redmi Y2 buyers, and up to 240GB data free. 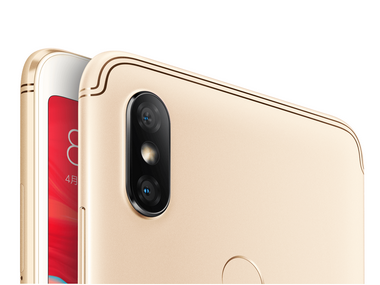