With more than 20 awards handed out across the course of the evening, Rockstar’s record selling smash hit was named as ‘Game of the Year’, with the latest in the Red Dead series also picking up gongs for ‘Best Art Direction’ and ‘Best Audio’.

“This year’s Italian Video Game Awards was a celebration of everything we love about the games industry,” said Marco Saletta, AESVI’s Chairman. “The level of innovation that studios from across the world have shown during the last twelve months is astounding – something our list of winners from last night’s event highlights. We’re also proud of the role the Italian games industry now has to play on the global scene, with Italy now standing as one of the top five markets in Europe.”

Other notable winners at the event included Sony’s chart-topper God of War, which picked up ‘Best Game Design’ and also the People’s Choice award which was voted for by gamers right up until the ceremony itself, while Microsoft’s Xbox One and PC killer-app Forza Horizon 4 was named as ‘Best Sports Game’.

The awards in full went to:

GamesIndustry.biz, which is a primary global portal for all things related to the business of video games, served as the official media partner, while Yogscast broadcasted the ceremony to gamers outside of Italy for the first time ever, delivering an exclusive international stream.

The awards are designed to both celebrate and highlight the very best creative work in video games, with Italian trade body AESVI having promoted the event for the last seven years. This year’s event marked the first time the IVGAs have linked up with multiple international partners, building on the progress made at last year’s event. 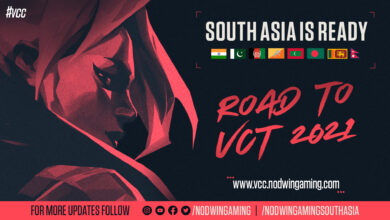