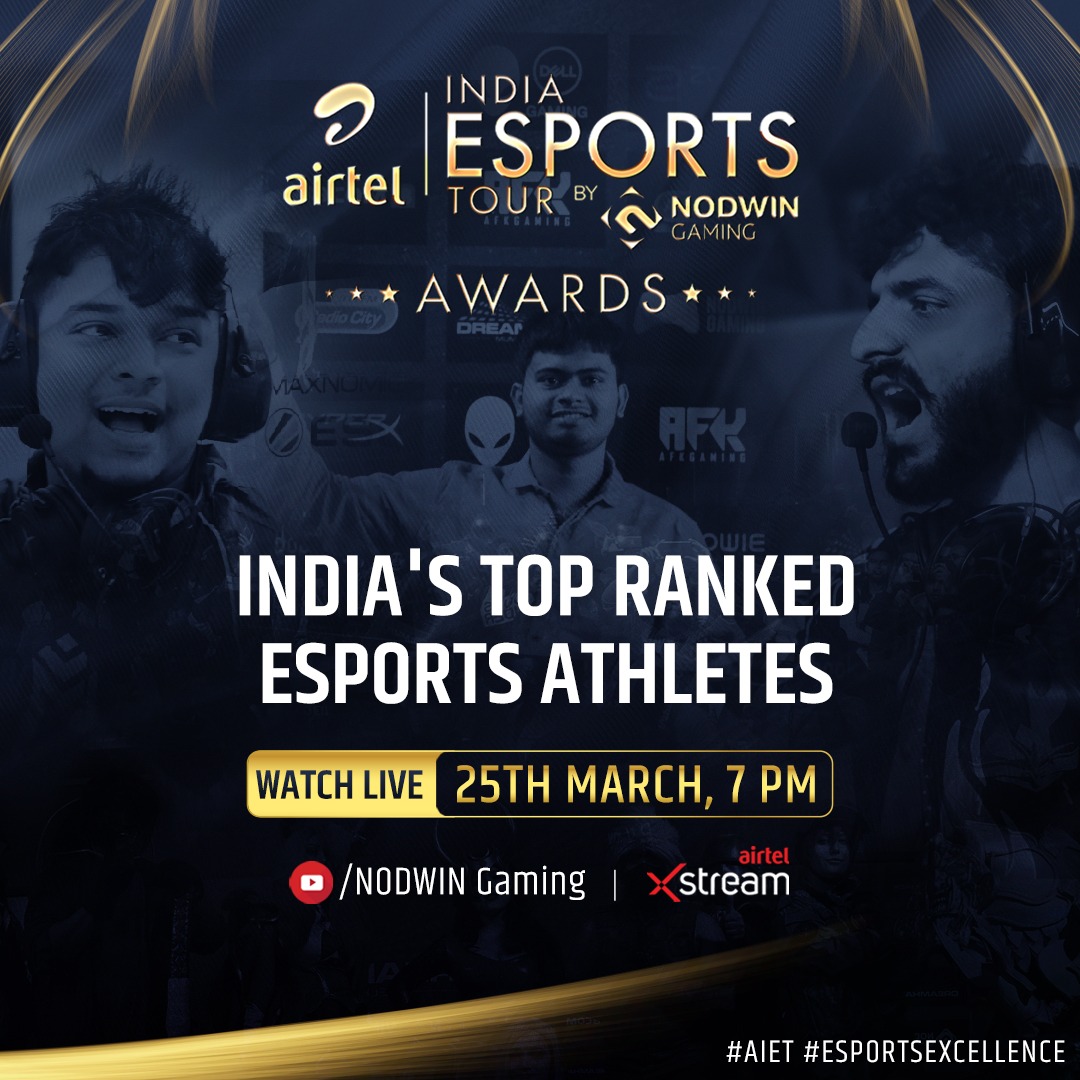 “The award show is a deserving closure to the first edition of the Airtel India Esports Tour. Airtel and NODWIN Gaming’s combined effort to fabricate a national leaderboard of gamers paid off well. The awards will standardize the performance of every athlete and on the other hand the leaderboard will set a benchmark in the Indian competitive ecosystem. We’re putting up a spectacle never seen before in the country.” said Akshat Rathee, Co-Founder and MD, NODWIN Gaming.

The winners of all the Leaderboard Rating Awards as per the Airtel India Esports Tour leaderboard will be felicitated across 9 categories. The one of its kind award show is aimed at bringing the gaming masterminds to the limelight on a national platform.

Tune in to Nodwin Gaming Facebook and YouTube handles and Airtel Xstream on 25th March at 7 pm to watch the ceremony live.