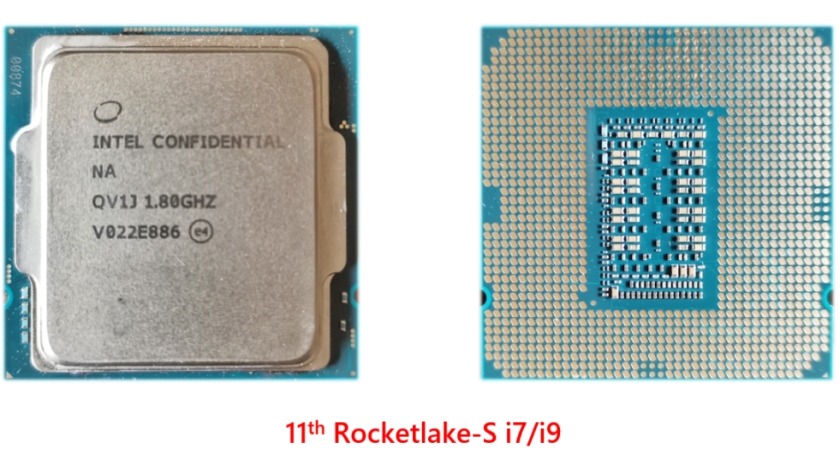 The leak, which comes from the Chinese ijiandao website, provides a first but partial glimpse of Intel’s 11th generation processors with no information on the processor’s clock counts, which will likely be revealed during the CES 2021 show this January. The new models are expected to align with the 11th generation Tiger Lake processors with one major difference – in contrast, the new processors will come in the company’s old 14nm production rather than the new 10nm SuperFin production.

Intel’s new Rocket Lake processors will be based on the Cypress Cove architecture introduced by Intel earlier this year, which is expected to show a double-digit IPC performance improvement over the previous generation.

The new processors will come with Intel’s new Intel Xe graphics and will for the first time offer PCIe 4.0 connectivity. They will be available in a standard version with 65W power consumption, a cost-effective T version of 35W and a dedicated K version, (O.C) which comes with open multiplication and power consumption Of 125W.

Unlike the latest Rocket Lake Core i5 / 9 processors, the low-end Core i3 processors will come as Comet Lake Refresh, a refreshed version of the 10th generation Comet Lake processors based on Intel’s old Skylake cores, With Intel UHD graphics core.

List of Comet Lake Refresh processors from the 11th generation Core i3 series:

As with any leak, it is necessary to take the new information with the pinch of salt. Although this time it fits correctly with the current state of production at Intel, which makes the use of the Comet Lake Refresh processor a more practical solution for the higher market -Core i5 and above lineup.