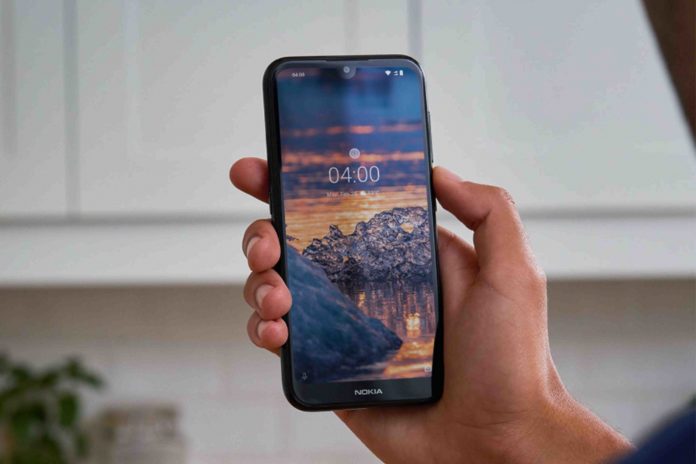 In addition to introducing the Nokia 9 Pureview, HMD Global also released a duet of Android phones for the mid-range market at the MWC 2019 in Barcelona. They are Nokia 3.2 and Nokia 4.2

The Nokia 3.2 carries a 6.26-inch TFT screen resolution of 720 x 1,520 pixels with a waterdrop-style notch. It is powered by a Snapdragon 429 processor with 2/3 GB RAM and 16/32 GB internal storage options. Only the 3 GB RAM version has fingerprints on the back.

The single main camera is 13-megapixel resolution with autofocus and flash LED. While the front camera is only 5-megapixel but is equipped with Face Unlock.

The Nokia 3.2 battery is quite large, 4,000 mAh. It runs the Android Pie operating system as part of Android One, with security updates promised every month. Its unique feature is the power button can light if there is a notification.

Nokia 4.2 is the first smartphone from HMD with the number 4 prefix. Although not too expensive, the body is glass with plastic frames. The screen is 5.7-inch 720p resolution with waterdrop bangs.

Nokia 4.2 is powered by a Snapdragon 439 processor. While there are two variants of RAM and internal memory, namely 2GB / 16GB and 2GB / 32GB. The fingerprint scanner is provided on the back.

Nokia 4.2 has been equipped with a dual camera with 13-megapixel resolution and 2-megapixel depth sensor with PDAF Autofocus, LED flash and night mode. In the front there is an 8-megapixel front camera that can also be for face unlock.

There is a special button in Nokia 4.2 to access the Google Assistant. Like Nokia 3.2, the power button can also be lit if there is an incoming notification.