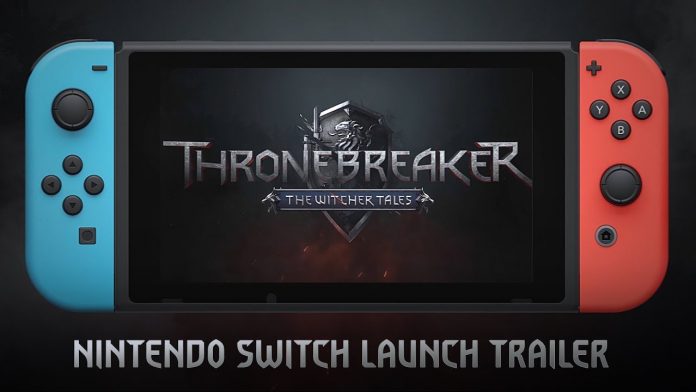 CD PROJEKT RED, creators of The Witcher series of games, announce that Thronebreaker: The Witcher Tales is now available for Nintendo Switch

Thronebreaker is a single player role-playing game that combines narrative-driven exploration with unique puzzles and turn-based battles, and spins the tale of Meve, war-veteran queen of two Northern Realms — Lyria and Rivia. Facing an imminent Nilfgaardian invasion, Meve is forced to once again enter the warpath and set out on a dark journey of destruction and revenge.

A set of free digital goodies comes with Thronebreaker, including the official soundtrack, concept art from the game, as well as an annotated map of Lyria. Details on how to claim these goodies can be found on the dedicated website.

Ported to the Nintendo Switch by Crunching Koalas, in close cooperation with CD PROJEKT RED, Thronebreaker: The Witcher Tales can be purchased right now from the Nintendo eShop. The title is also available on GOG.COM, Steam, as well as PlayStation 4 and Xbox One. For more information regarding the game.