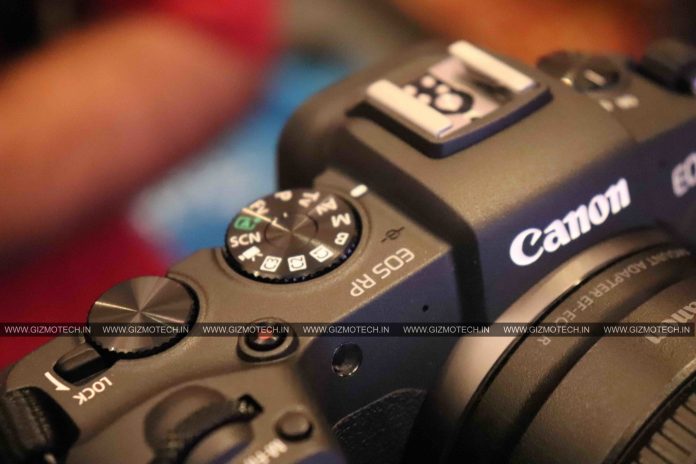 The Japanese camera maker, which has been a leader in the professional-grade DSLR camera segment for years, brought its first full-frame mirrorless camera called EOS R to India in September last year at a starting price of Rs 189,950.

“With the launch of EOS RP, we have pushed the frontiers of photography in the country, by introducing an affordable and portable product enabling access for photography enthusiasts aspiring to embark on their full-frame mirrorless journey,” said Kazutada Kobayashi, President and CEO, Canon India.

Other specifications include 4,779 selectable autofocus (AF) points, a native ISO range of 100-40,000, 5fps burst shooting with One-Shot AF mode (around 4fps with Servo AF), Dual Pixel AF, 4K video recording at 24fps, a fully articulating touchscreen display and built-in Wi-Fi and Bluetooth. The camera also has EyeAF which is said to work even in Servo AF mode and there’s a silent shooting mode too.

The Canon EOS RP also boasts of an electronic viewfinder (EVF) with a 2.36 million dot resolution and the display can be used as a touchpad for touch-and-drag AF. Just like the EOS R, the EOS RP can also be charged through the USB Type-C port, but you’ll need the optional PD-E1 adapter.

Airtel Steps Up the Experience for its Platinum Customers With Faster...

Rajat Negi - Modified date: July 7, 2020 0
If you are an Airtel Platinum mobile customer then you are set to enjoy faster 4G data speeds on your smartphone and connected devices. Bharti...
Gaming

Rajat Negi - Modified date: January 22, 2019 0
The New Delhi-based Gizmore, a new brand of mobile accessories from ZAZZ Technology Connect Pvt Ltd, is all set to be launched in November...
Gadgets

Vu Televisions leads the 4K television industry with the launch of...