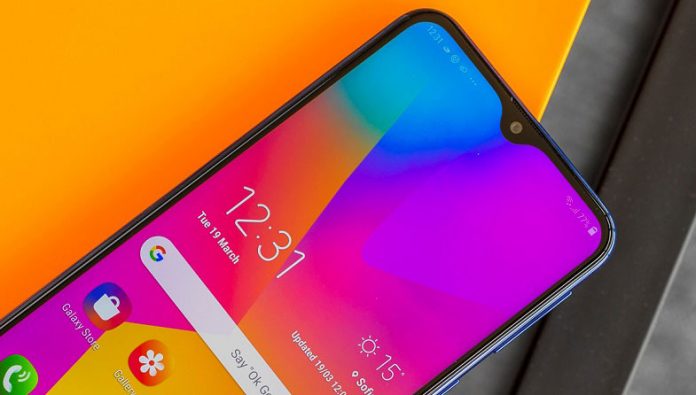 Samsung Galaxy M series has been a huge success in India, where the company is giving tough competition to Realme and Redmi Note Series.
Recently a benchmark appeared which revealed the Galaxy M40’s key specs.

Samsung currently has three smartphones in the Galaxy M series, the Galaxy M10, M20 and M30. The M40 Galaxy has been predicted as the next in the list.

The Galaxy M40 has even visited Geekbench which shows the device’s benchmark score as well as a number of key specifications of the cellphone. The Samsung Galaxy M40 is the first M series smartphone to feature Android Pie.

Carrying the model number SM-M405F, the Galaxy M40 is seen carrying the Snapdragon 675 SoC, 6GB RAM, and runs on Android Pie. This smartphone also recorded a score of 2,350 and 6,410 on single and multi-core benchmark tests in sequence.

So far there have not been many leaks regarding the Galaxy M40. But its presence at Geekbench may indicate that other leaks will soon follow, along with the launch date that is getting closer.

Airtel and Qualcomm to Collaborate for 5G in India