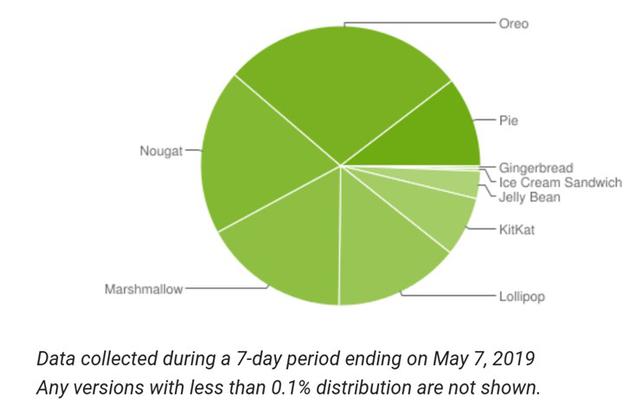 After announcing 2.5 billion active Android devices at its I/O 2019 developer conference in Mountain View, Google announced that 10.4% of the total number of Android devices currently running the Android 9 Pie system, the system was officially released on August 6, 2018, about nine months from now.

Compared with last year, Google’s data has improved: As of May 2018, Android Oreo is only installed on 5.7% of Android devices, which means that the installation speed of Pie is twice.

Also Read: Here is the list of 21 Mobile that will Taste the Android Q Beta 3

Although the latest Android system is praiseworthy in terms of installation rate, it is still incomparable with Apple’s iOS system. For example, iOS 12 took only 23 days to achieve a 50% installation rate. As of February 24, 80% of Apple devices use the iOS 12 operating system, and only 8% of the devices use systems older than 2017 iOS 11.

Get cricket updates from Alexa