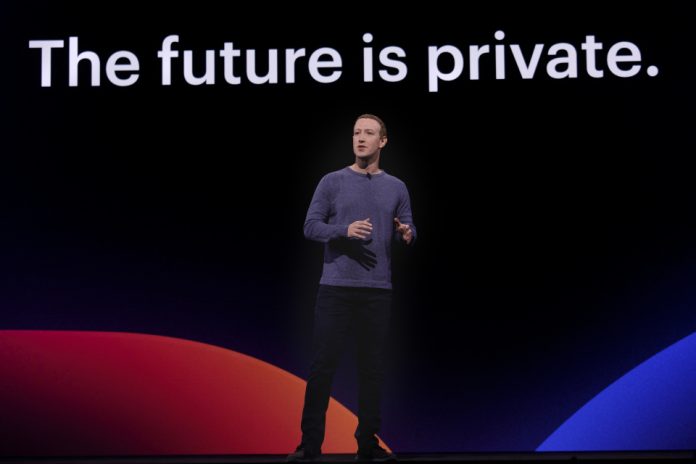 Facebook hosted a regular annual conference for F8 developers in San Francisco. During the event, the company traditionally presented a number of innovations in its services.

The new design of the social network puts the focus of the community. In general, the update was designed to make it easier for users to search for what they need and access to frequently used functions.

After the redesign, the Facebook logo will appear in a blue circle, not a blue square, and navigation icons will move up.

The blue “cap” at the top of the screen will disappear, and the design will be made in lighter colours.

In the groups section, users will now see community news. In addition, Facebook will improve the recommendation system for finding groups.

Users will also be able to share publications from the tape with their communities – just as they do with their friends. More content from groups will also appear in the feed.

Another innovation will be new features for communities of different types. So, the work groups will have a template for vacancy announcements, and the gaming communities will have separate chats.

Also Read: Just Cause 4: Dare Devils of Destruction is Out Now

The new Meet New Friends tool will help users find friends from common communities such as school, company or city. Facebook is currently testing this feature on a limited scale, but plans to expand the launch soon.

In Facebook applications for iOS and Android, these changes have already been launched, and the site will be redesigned in the coming months. The new design is called FB5.

This summer, the social network will also launch the redesigned “Events” tab, so that users can see what is happening around, get recommendations, discover local companies and plan holidays with friends.

Messenger Desktop will have the same features as the mobile app. The company plans to present this version of the messenger during 2019.

Lightspeed – the lighter and faster version of Messenger – will load in less than 2 seconds and weigh less than 30 MB instead of 100 MB. The official launch of the application is scheduled for the end of 2019.

After launching this feature, users will be able to watch the same video together and share comments in the video chat. Now this function is being tested, and release is expected by the end of 2019.

In the coming months, Facebook will launch a new feature that will allow users to see its product catalog when communicating with a business.

Starting this week, users will be able to buy the clothes that a blogger is wearing. To do this, they will not need to take a screenshot and write in direct in an attempt to find out what brand of clothes the author is wearing. It will be enough to put the cursor on the item of interest.

To allow users to buy products in this way, creators will add corresponding tags to them.

A new feature is launched worldwide.

Now this function is launched only in the USA, but Facebook is already working on expanding it to other countries. All funds collected through the new stickers will be transferred to the organization for which they were intended. No interest on Facebook will be charged.

With the new camera, it will be easier for users to use such popular tools as effects and interactive stickers.

How to Keep Yourself Safe from Common Wi-Fi Attack’s