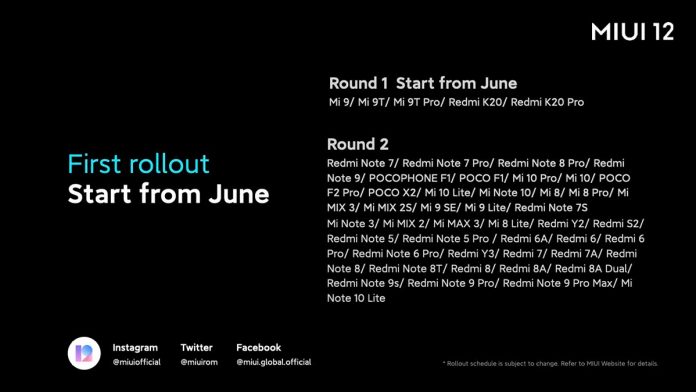 After being introduced first in China, Xiaomi finally launched its MIUI 12 globally. Xiaomi plans to launch a beta version of the UI starting next week. As the name suggests, MIUI 12 itself is the successor to MIUI 11, which was launched in October last year and is equipped with some improvements. One of them is the latest security feature that will remind the user if there are applications that access a variety of core cellphone features such as microphones, cameras, locations, to contacts secretly. MIUI 12 users can also enjoy the screen mirroring (cast) feature that supports Miracast similar to the Smart View feature on various Samsung Galaxy phones.

Our enhanced privacy protection has been recognized by various privacy tests and certifications. MIUI is on the way to be your most powerful privacy guard! #MIUI12 #YoursAlone pic.twitter.com/PxgyBf08OM

With MIUI 12 there are new exciting features like floating windows which allows users to reply to messages in several popular applications such as Instagram, Whatsapp and so on directly without opening the related application. MIUI 12 will be released in two stages. The first phase will begin at the end of June. In the first stage, MIUI 12 will be present in several Xiaomi phones that are still relatively new, such as Mi 9, MI 9T, Mi 9T Pro, Redmi K20, and K20 Pro. However, older phones such as the Xiaomi Mi Note 3, Redmi Note 5, Redmi Note 5 Pro, and Pocophone F1 will take part in the update of MIUI 12 in the next stage.

The following is a complete list of 47 Xiaomi devices that will receive MIUI 12 in stages one and stage two, a